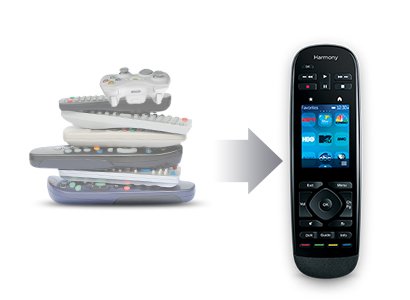 Practically every consumer electronic device seems to come with one these days. Your TV, DVD or Blu-ray, cable receiver, AV receiver, media streaming box and even your computer probably came with a remote. More than likely you have a drawer full of them somewhere in your house. It can make trying to get even simple tasks like switching the TV to the right input, adjusting volume and changing the channel difficult without requiring three different remotes. Some of these remotes may tout universal features by programming in codes for your other devices but beyond simple tasks the buttons on the one universal generally fail to control everything you need.

Smart remotes go beyond just having the ability to control multiple devices. They often provide a single button action to control multiple devices for simple task. They also have the ability to adjust as newer devices get added to your home theater setup something the universal remote functions that come with individual devices rarely can. Logitech’s Harmony remotes are some of the most popular smart remotes available but what exactly can they do and why should you consider getting one? END_OF_DOCUMENT_TOKEN_TO_BE_REPLACED 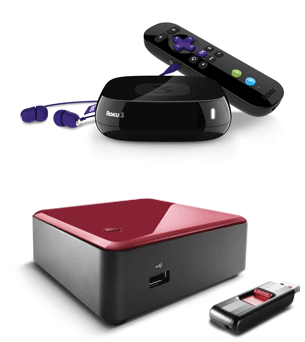 My wife and I cut ourselves off satellite TV over a decade ago. It was a very interesting move for us as that made the only source for our TV usage either DVDs we purchased or our subscription to Netflix. With the rise of more streaming services, a greater number of people are turning to streaming only services instead of paying huge cable or satellite bills. The downside to this is that you must have some sort of device that can stream content. This is now a standard feature for most consumer Blu-ray players and HDTV’s. For those without such a feature, there is always the option of using a streaming device such as the Roku, Apple TV or Amazon Fire. But what if I were to tell you that you might be better off with a smaller PC to use in a home theater setup? END_OF_DOCUMENT_TOKEN_TO_BE_REPLACED 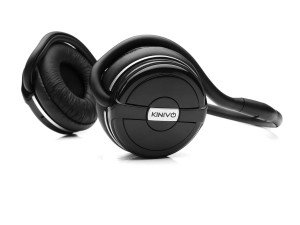 If you have been reading the Tech For Anyone site over the past couple of years, you probably have noticed me mention some inexpensive Bluetooth headphones. The days of being attached to your device in order to listen to your music or videos are pretty much over. The ease and simplicity that Bluetooth headphones provide is just too much to pass up. Sure, they may lack a bit of fidelity of wired headphones but the quality has greatly improved. Many people are probably worried about the cost of wireless Bluetooth headphones but let me tell you that you don’t have to spend $100 or more for a decent pair of wireless headphones. Just take a look at the Kinivo BT240 that you can find for under $30. So just how good (or bad) or they? END_OF_DOCUMENT_TOKEN_TO_BE_REPLACED 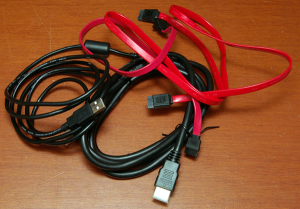 Have you every been inside an electronics store buying a new HDTV, Blu-ray player or home theater equipment when you are told that you should pick up some premium cables to ensure the best experience possible? Often times these premium cables are placed prominently near the equipment and checkout lines to try and entice buyers to pick them up. Don’t be fooled, most of these cables are there for a single purpose, high profit margins. It is rare that any of these cables will make a single bit of difference in the performance of your video or audio so its best not to spend the money.

Previously, audio and video were sent using analog signals rather than digital. Analog signals are a bit more forgiving than digital signals which means that you will still hear sound or see the picture but it might be distorted slightly. Now most all A/V signals are done digitally. This is a much more efficient means of sending a signal but it also means that it either works or it does not at all. There is little room for signal errors.

Back to the issue of premium cables. These cables generally have thicker wiring, higher conductive metals that don’t corrode, magnets for attempting to filter the signal for noise, etc. These features were useful to try and keep the signal as clean as possible when it was an analog signal but with digital it is a bit less of a requirement. It especially is not necessary if you are using an optical cable like a SPD/IF or TOSLink for audio. With the short distances that are generally used in consumer electronics, these features tend to not lend any benefit to the user experience. Thus, why pay $30 to $40 for an HDMI cable when a simple $10 cable will work just fine? This is precisely why companies such as are able to sell cables a much more affordable prices that work just fine.

While I think most consumers won’t see any benefit to their experience by spending more for cables, there are some instances where premium cables do matter. Specifically, there are two instances, distance and features.

The longer that a cable is, the greater potential there is for a cable to introduce enough noise into the signal that it won’t work. As consumers, we generally do not see this problem as we only have to run a cable maybe ten to twenty feet. But say you need to run a signal over a cable for 100 feet? This is a situation where a premium cable may actually make a difference. Of course the cost for such cables is generally very high such that you want to make absolutely sure it is a situation that will require the cable before you spend the money.

When I talk about features, I’m generally referring to attributes outside of the carrying of the signal on the cable. This can be things like special connectors or even the sleeve of the cable. For instance, I used some premium speaker wire for running my speaker cables. I did this because my older home doesn’t allow me to run the wiring internally through the walls to my ceiling mounted speakers. So I used a flat cable with a sleeve that could be painted to best hide the cabling. Similarly, you can get cables with adjustable connectors to make it easier to plug into your equipment at those odd angles.

Super Cheap Cables Can Be A Problem Too

Of course the other side of the spectrum can be just as annoying. While premium cables may end up costing a lot, they generally don’t fail and if they do they have some solid warranties behind them. Super cheap cables can also be a problem. For instance, my wife bought two generic 10-foot long USB to Apple 30-pin dock cables for around $4/each. While they worked OK for short while, both cables now fail to reliably charge our devices in less than two months. Why? The connectors or wires are coming loose inside of the cable. So beware of the super cheap cables as well.

Another cable I would avoid going super cheap with is USB Type C cables. These are designed to carry power to devices, some of them extremely expensive like the MacBook and Google Pixel. Many of the extremely inexpensive cables are not properly designed to carry the power and can result in damage to your devices. If you plan on using a USB Type C to power a device, I recommend spending a bit and researching to make sure it is safe rather than spending less but ending up destroying your expensive device. 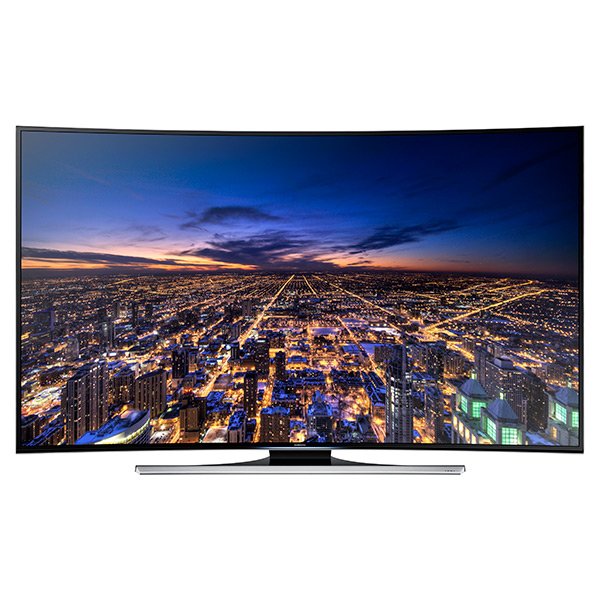 Have you ever been to the theater to watch a movie and noticed that the huge screen is curved slightly rather than a just a flat surface? This is done in order to generate a more immersive experience for the viewer. It also can help those that are sitting on an edge to feel like they are more in the middle. Well, curved screens is all the rage with consumer electronics companies for their high end TVs. But is adding a curved surface to a screen really worth it over a traditional flat screen? END_OF_DOCUMENT_TOKEN_TO_BE_REPLACED 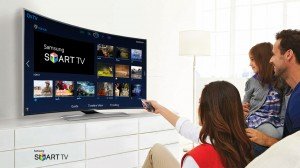 While manufacturers would really like that people start upgrading to the new Ultra HD televisions, the extremely expensive cost means that most consumers will be avoiding them for some time to come. 3D was pretty much a bust with consumers so the companies have instead hopped onto the Smart TV bandwagon. In essence, a Smart TV is any television that is connected to the internet such that it can use streaming services and potentially run applications for browsing the web, viewing photos, reading news, etc. The problem is that many people already get these features through other consumer electronics like a Blu-ray player, streaming box, video game console or even connecting a tablet through a device like Chromecast. In fact, consumers are generally better off without these features built into their TV and instead using an external device instead. After all, it could save consumers a hundred dollars or more on their next TV purchase. END_OF_DOCUMENT_TOKEN_TO_BE_REPLACED 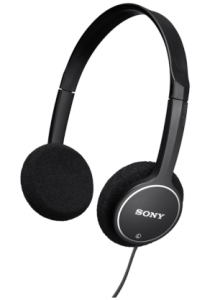 It seems like just about anything that is designed for kids makes noise and lots of it. This includes digital music, movies, video games and even educational applications for computers and tablets. One of the ways that parents can regain their sanity is by having the kids use headphones with their electronic devices. There are a number of issues that can crop up from using headphones with a tablet, portable game console or even a computer though. Many children’s headphones on the market are just low cost options that have different colors or plastic designs such as animals to attract kids but don’t address much else. Sony avoids the cutesy (other than an optional pink color) aspect and have hit upon the right balance of features with their MDR-K222D headphones. END_OF_DOCUMENT_TOKEN_TO_BE_REPLACED 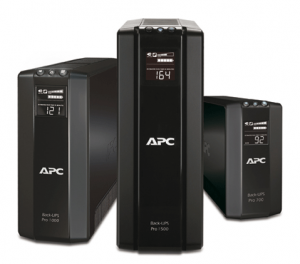 This past weekend, the first major storm of the season hit my area with some fierce winds. This resulted in a roughly ten hour blackout to a huge region around me. In our ever connected world, this can be a real problem as we are so reliant on being online. Thankfully, I have a number of uninterruptible power supplies (UPS) attached to my various electronics. These are valuable in many ways and something that most people don’t necessarily consider using in their home. With them, I was able to keep using my devices for upwards of two hours during the blackout. So, is this something you should consider using for your home electronics? END_OF_DOCUMENT_TOKEN_TO_BE_REPLACED 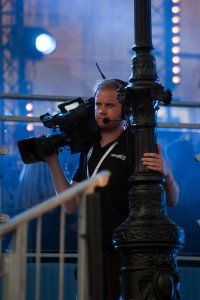 Remember a few years back before 4K or UltraHD TVs were introduced and all of the electronics companies were pushing 3D TVs? Consumers did not really buy into it as the benefits of the 3D picture were fairly limited. For instance, each person viewing needed to wear special glasses and the image was generally darker than a non-3D screen. 4K video is the next big push by consumer electronic companies to try and get people to pick up TVs but there is a bit of an issue. While 4K TVs provide a much higher definition image, they can only do so if the content is actually shot at that resolution and delivered to the viewers. So, what exactly is holding back the 4K video adoption? END_OF_DOCUMENT_TOKEN_TO_BE_REPLACED

4K or Ultra HD televisions have been on the market for some time now. Manufacturers have hoped that they could drive sales where the 3D HDTV’s faltered. The big problem in terms of getting consumers to buy them has been the content. Right now there is no real support for reliable 4K video for consumers to put on a new Ultra HD TV. The Blu-Ray Disc Association hopes to change that with new players that should be released later this year. But can the physical format really survive in this era of streaming video? END_OF_DOCUMENT_TOKEN_TO_BE_REPLACED