4K or Ultra HD televisions have been on the market for some time now. Manufacturers have hoped that they could drive sales where the 3D HDTV’s faltered. The big problem in terms of getting consumers to buy them has been the content. Right now there is no real support for reliable 4K video for consumers to put on a new Ultra HD TV. The Blu-Ray Disc Association hopes to change that with new players that should be released later this year. But can the physical format really survive in this era of streaming video?

The original Blu-ray standards released many years ago are limited by the capacity of the discs and the video specifications of the time. They max out at 1920×1080 resolutions which is a quarter of the detail an Ultra HD TV can display. In order to provide Ultra HD video, a number of changes needed to be made which in essence is a whole new specification for new video disc standard. But what exactly is changing beyond the resolution from 1920×1080 to 3840×2160?

In order to support the higher resolution video, a newer higher capacity disc had to be designed. The original Blu-ray specification allowed for capacities of either 25 or 50GB. With the larger sizes of the video streams needed to support the higher resolution, the disc capacity needed to be increased. The new Ultra HD Blu-ray discs will support either 66 or 100GB of data on them. Of course, this means that the new Ultra HD Blu-ray discs will not be compatible with older Blu-ray players. The association has mandated that the new players must be backwards compatible though. 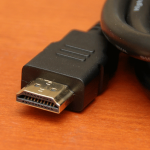 Does your Ultra HD TV have the new HDMI 2.0a video connectors? Many of the first generation of Ultra HD televisions that came to market actually require a DisplayPort connector or use the older HDMI 1.4 standards that run at half the frame rates at full resolution. This connector is pretty much a requirement to get all of the features supported out of the new Ultra HD Blu-ray standard. This could be a problem for early adopters as it may require them to get a whole new Ultra HD TV as well as the new Blu-ray players.

If you want to experience new higher definition audio standards like Dolby Atmos and DTS:X, the Utlra HD Blu-Ray standards will be able to support this. Of course, you will need the compatible audio hardware in order to experience them but this is probably one of the stronger features for the new standard that set it apart from the previous Blu-ray standard and streaming media standards which do not currently support the expanded audio definition.

The Problem With Physical Media

Of course, the big problem that the movie studios and consumer electronics companies have is the fact that consumers just are not interested in the older physical formats anymore. Blu-ray sales have never reached what the DVD sales achieved at their peak. In fact, all physical media sales have been dropping over the years. The primary culprit is digital media streaming.

Consumers are looking at their media consumption and finding that it is not really worth spending upwards of $30 for a single movie on Blu-ray. Instead, they would rather spend that same amount to get one or more of the video streaming services for a month and stream as much media as they want. It is likely that the publishes of the new Ultra HD Blu-ray discs are going to charge more for their movies when they first come out compared to the older Blu-ray discs which makes the cost even harder to justify.

In fact, the first 4K content available for the new Ultra HD TVs was being released through streaming services like Netflix and Amazon. The only problem is that these players pretty much had to be down through a home theater PC or media players built into the Ultra HD TVs as most of the current streaming boxes do not support 4K resolutions which is the one thing going for the new Ultra HD Blu-ray standard.

Cost is the Ultimate Deterrent

If you have seen a common thread through this article, it is cost. Consumers generally do not want to really spend more than they already have to unless they are getting something that they have not had before. Think about the first couple years of tablet sales as an example. It was a completely new experience without a huge cost to entry. Once people had a tablet though, there was little incentive to upgrade and sales started to slump because people already have one.

This is the problem that Ultra HD is going to face with consumers. This isn’t just the Ultra HD Blu-ray format but all of it. In order to get the most out of the new format, you have to invest in an entirely new home theater setup. Not only do you need the Ultra HD Blu-ray player and their associated discs but you also have to have a compatible Ultra HD TV and audio equipment. All of that is going to be extremely expensive and unless consumers can see a tangible benefit they are not likely to upgrade. This is one reason it took so long for HDTV to get established in the US.

Compounding this problem is the fact that consumers have changed their media consumption. Instead, they would rather have something on demand either though a streaming service or just having the digital media files rather than dealing with physical discs. I’m a perfect example of this as I rarely use my Blu-ray player and instead watch the digital copies of the movies that are associated with the purchase of the disc via a computer hooked up to my TV or streamed to my tablet.