For the most part, consumers can get a lot of benefit from Free To Play games. After all, you can essentially play them for free as long as you have the discipline and patience to not spend any money on them. I have played a huge number of PC and mobile games yet spent probably no more than $50 on the games over a period of several years. This includes such titles as World of Tanks, Planetside 2, Lord of the Rings Online, Angry Birds Go!, Marvel Puzzle Quest, Plants vs. Zombies 2, and Puzzles and Dragons. The problem is that there are many pitfalls to the various Free To Play games that either make them dangerous for people to play or just flat out frustrating that they are not fun or just bad.

Developers obviously want to make money in their Free To Play games but they also have to make sure that the items in the game aren’t outrageously priced such that they deter players from buying the items. Now often there are many tiers of pricing so players have an option but if an item is essentially required to play the game yet costs more than if you bought a non-Free To Play game, then it doesn’t make sense. 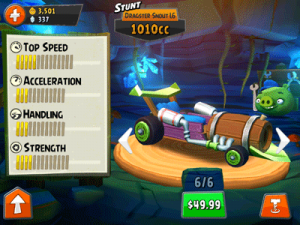 Now Angry Birds Go! is a great Free To Play game and it offers some very reasonable in-app items including the coin doubler (which is best to buy early in the game if you like it) but it also contains some of the most ridiculous purchase items. Now there are four different tracks in the game each with carts only usable on those tracks. Players can pick from several carts that are free but there are also some that they can buy that give some slight benefits. Generally they just give higher maximum stats than the free ones but they still have to be upgraded though play to reach those stats just like any other cart. Each track offers one such a cart at a price of $49.99. This price is more than even buying Mario Kart 7 for the Nintendo 3DS with a list price of $40. If you buy the high end cart for each track, that ends up being $200!

Too Difficult to Play Without Paying 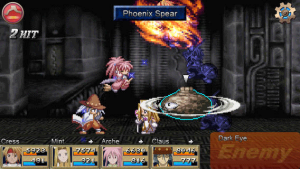 Another problem with Free To Play games is where the developer has made the game too difficult for the players to actually play the game without having to spend money. There are several ways that this can happen depending upon the game and their in-app purchases. One recent game that has this problem is a port of Tales of Phantasia for iOS. This is an old role playing game that has been converted to be free to play. To do this, the company charges $2 to revive a character that dies. The catch is that they removed a large number of the old save points meaning you have to play for longer stretches to even save your progress. This combined with an increased difficulty means you will likely be forced to pay to revive characters to progress.

This can also been seen as a problem with games that ramp up the difficulty as you progress through the game. For instance, Candy Crush Saga ends up becoming much more difficult to pass levels without multiple loss of life. For some people, they may not even find that they can pass a level without the need of buying extra lives, moves or special pieces. While the costs for these is small the problem is how often the purchases are needed. The result is that players may end up needing to pay a lot if they want to continue with the game or they just give up playing all together in frustration.

Too Many Ways to Spend/Purchase 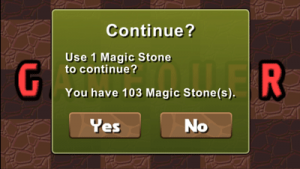 If you have kids, you know that they will click on just about anything. Free To Play games are extremely dangerous for them to play unless you have secured your device which I have discussed in the past. The thing is that many of these games have their in-app stores tied to an account such as iTunes or Google Play that will be automatically billed when you hit a store link. This means that even adults may purchase unwanted items by mistake. Much of this has to do with the placement of various purchase links by the developers in the game. 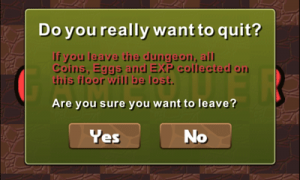 There are many examples of how this can be done that are very frustrating. One of the most annoying is the menus you get when you fail a level and you are asked about spending to continue. For instance, you might be asked something like Do you want to spend X to try again? to which you have to answer No. Immediately following this question, you might get prompted with something like Are you sure as any progress will be lost? to which you have to answer yes. Make a mistake in answering them and you might end up making an in-app purchase or spending resources unintentionally.

I highly recommend that users completely secure their device against in-app purchases to prevent these accidental purchases. After all, if you really want to buy it, you just temporarily turn the in-app purchase back on, buy the item then disable it again. This is one of the big reasons that Apple recently had to settle with consumers and the FTC over children unwanted spending in apps. 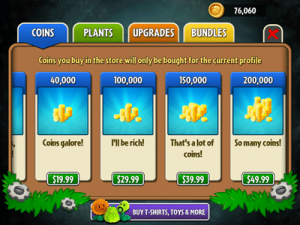 Cash, Coins, Gems, Gold or Points. Whatever the currency is, many Free To Play games use their own currency for buying resources within the game. Instead of just putting a price on an item, they put a price based on their virtual currency. Then they offer the player the ability to buy bundles of said currency usually giving a higher conversion ratio the more you spend. The problem is that you can’t just buy the amount you need for an item. The result is unspent currency that sits in a virtual account in the game that cannot be converted back to real money.

For instance, you might want an item that cost 700 gold but you can either buy 500 gold at $5 or 1000 gold for $9. You are essentially forced to pay $9 to get the item and left with 200 gold which probably can’t buy any other items in the game. This would be similar to going to a store to buy a $70 product, giving the cashier $100 and receiving $30 in store credit rather than $30 in cash as your change. Better hope that there is something else you want from that store or you just wasted that $30.

All Purchases are Virtual

In addition to many Free To Play games using virtual currency to buy their items, players must also remember that all of these items are virtual and have no physical guarantee that the player gets to keep it as their property. After all, if the game is cancelled and all of the players are unable to play it anymore, any items that you bought will not be transferred to some other game. All items will not be refunded by the developers once they are purchased. Finally, most games will not allow you to sell those items to other players. 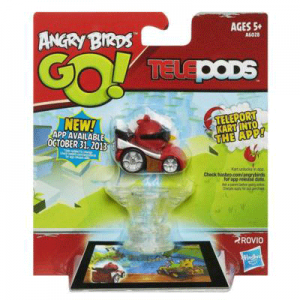 There are a few exceptions to this with the rise of collectible games such as Skylanders and Disney Infinity. While these are not Free To Play, Rovio has taken a similar position with its Telepod items sold in toy stores. These are effectively figurines that can then be pulled into the virtual game. You still own the figures and can transfer or sell them to other players so they have some physical value to them as well as a virtual item. Just be warned that you might be forced to purchase an item such as Angry Birds Go! Jenga sets if you want to unlock the Jenga portion of the Angry Birds Go! game. 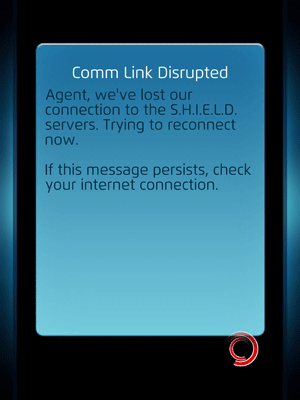 While some Free To Play games are of a multiplayer variety such that the game wouldn’t really work without an internet connection, most are single player games that don’t really require an internet connection at all times. Obviously the developers need to have some form of network connection to process any in-app purchases. The most common reason for an always on internet connection though is for remotely stored data for players. This is especially true of any sort of game that has a collection aspect to it to ensure that players are cheating within the game.

The reason that this requirement is annoying is that people don’t always have an internet connection. Take for instance flying on a plane. While inflight Wi-Fi access is becoming a bit more available, typically you will not be connected. This means that any Free To Play game that requires a connection will be unavailable for the player to use in such a situation. The best Free To Play games will allow both online and offline access.

Now many of these pitfalls that can make a Free To Play game bad are going to be found in just about any game. The key thing is a balance between the developers expectations and the players. The best part for a player is that these games are free to try out. There is no obligation to spend money. If you don’t find the game entertaining, its too difficult or it just wants you to be spending money all the time, you can remove that game without any loss. Being an informed player (and parent for that matter) is crucial to ensuring that you can enjoy these games without getting into any sort of financial troubles. Developers want to take a similar approach and make sure that the game isn’t too overbearing yet still provides value to those that may be willing to spend some money within the game.

One thought on “What Makes a Bad Free To Play Game”