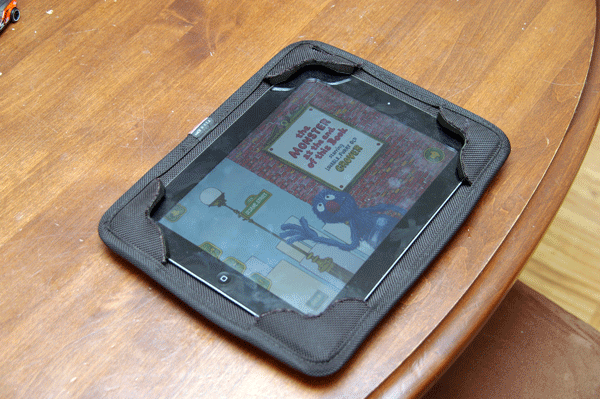 My Son’s iPad In A Protective Case

If you happen to own a tablet and have a child around the house, you know how much they just love to use the devices. Whether it is to watch their favorite video, play a game or read an interactive book, the devices are almost impossible to take away from them once they get a hold of them. The downside is that kids are not the most observant when it comes to handling the devices. They tend to drop or even throw them which can lead to unwanted destruction and costly replacement. They also love to tap on various things without reading or thinking which can lead to some unwanted purchase. Here are a few options for dealing with some of these issues. 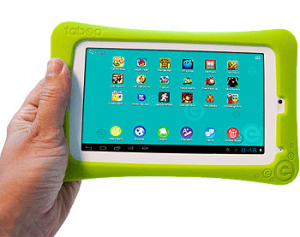 If you have a child that just has to have their own tablet, the first option to avoid costly repairs or replacement of a device from an accident is to look at getting a rugged tablet. This will generally translate into a tablet that has been designed for a child. These tend to be a bit bulkier then your sleek Android or iOS tablet but this is often to provide more protection to the device and the screen in particular. The devices are all relatively inexpensive at just $100 to $200 and generally involve some variation of the Android operating system which has a sanitized store and more parental controls. The downside is that these tablets generally use older technology such that the performance is much lower than your standard tablet.

It should be noted that not all child specific tablets are built with extra rugged designs. In fact, many of them are simply brightly colored versions of a standard low end tablet that has a kid oriented reskin of Android. Be sure to get some hands on experience with any tablet before you buy it for a child to see what kind of design elements they have done to protect against falls and impacts!

Another solution is to look at a more protective case that gives a greater level of shock protection. This is a good option for those that happen to be using the standard tablets which are not ruggedized but you want to have extra protection from accidents. This is the option that I elected to use as my son inherited an older iPad to use but he wasn’t always the most civil when using it. (Often he would drop it and sometimes even throw the tablet when he would get a bit too frustrated with it). Without such a case, the tablet would have broken long ago. 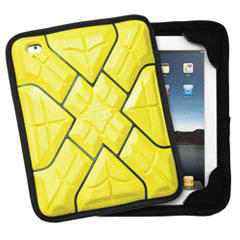 For the iPad that he inherited, I elected to use a super protective case from G-Form called the Edge. It uses a reactive material on the back of the case to provide it with extreme shock absorption. Now it is an open faced design such that the screen is exposed but the four corners use a heavy neoprene to secure the tablet into the case as well as provide bumpers for the edge, corner or screen facing drop. It won’t protect it 100% as any fall face down onto a sharp object can still hit the screen along but it has worked extremely well with the tablet still intact for over a year.

Every once in a while you will see a news story about how a child will end up spending a huge amount of money by borrowing their parents tablet or mobile phone. Each operating system has its own way to enabled restrictions such that the they purchases can be restricted. This is fairly simple to do both with the basic iOS and Android but you may have to dig a bit deeper for any of the reskined versions found in children’s tablets.

These settings will help prevent purchase of applications and in-app purchases which are the primary cause for unwanted purchases. It is still possible that they may end up purchasing items through the web if you have used that tablet with services such as Amazon, eBay, etc where you have linked payment methods and automatic logins. It is advised that if you use such services from a tablet to either be sure to log out when done or disable any stored automatic payment methods.

One thought on “Kids and Tablets: Protect Them and Their Devices”