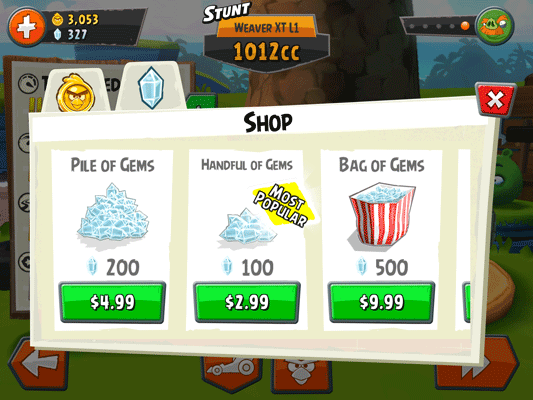 Obviously it takes time and money for a developer to create a game. Offering that game for free to players is certainly not going to recoup the cost of developing the game. This is why for years and years, games had a purchase price. Free To Play games break this mold by removing the cost to the player but obviously not entirely otherwise the games would not get developed in the first place. Instead, most games rely on a number of tried and true methods for convincing players to provide them money. This article looks at the many different methods that developers use to try and coax some money from the players who are not required to pay a single cent to play a Free To Play game. 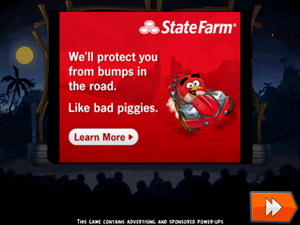 One way to get players to pay for the games is to actually not have them pay at all but instead shift to cost to a third party. This is done by including advertisements within a game. This was a fairly heavily used method in the early mobile game market but it has lost much of the appeal both with advertisers and players. The reason is that it is hard to get a good impression on a player who has their game interrupted with an advertising screen or message. The term for games that rely solely on advertising revenue is advergaming. 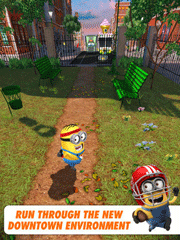 Most of the advergaming that is done these days is typically marketing by a company for another product. Thus the primary cost for development is essentially just a cost to advertise something else. There are many examples of this of mobile games that are linked to various animated children’s movies. One such example of this might be . This takes the Temple Run style of game play and puts the familiar yellow minion characters from the Despicable Me movies as a way to get kids interested in the movie. Of course, it also uses other in-app purchases as well so it is more than just an advergame.

The primary way in many Free To Play games to unlock more content is to advance further into the game either through unlocking new items that open up content or via gaining experience. This can be achieved through standard game play but if a player is willing to pay some money, they can unlock a method to advance faster in the game. I’m going to use Angry Birds Go! and Planetside 2 as two examples of how this can be achieved. 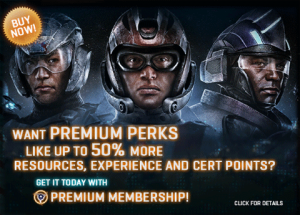 In Planetside 2, players achieve experience which gains them rank and also certifications for unlocking skill and equipment advancement. Now every player achieves experience within the game. Sony offers several ways for players to get more experience out of the same actions in the game. First, players can become subscribers and pay a monthly fee. By doing this, they get an experience boost while they are Premium Members. In addition to this, they also sell boosts in the game that will give an additional bonus percentage for a set amount of time. By paying the fee, the player is reducing the amount of time it takes to advance. 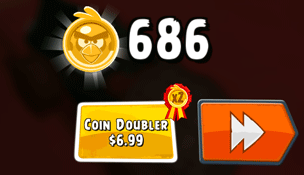 Angry Birds Go! offers similar sort of system in that to progress further in the game, you must upgrade your carts to the required CC level in order to join a race. This is done through earning coins by picking them up during the race and completing race requirements. Prominently displayed at the end of the level and the results is a button that allows you to double all your coins for the life of the game for a single fee of $6.99. This effectively will double the rate at which you can advance through the game. Players of course also have the option of spending money on getting more coins as well.

One of the ways that developers make money on players in their Free to Play games is purchase of items. This may give a slight edge to the player over the default player items or it may just be a cosmetic change. It depends on the game and how it is played.

How About Some Blue Lights For Your Ride!

Cosmetic items are generally those that give the player and their avatar a different appearance than other players in the game. It should not impact the effective game play at all. Planetside 2 is an excellent way to demonstrate this. In the game, players can purchase things like special helmet designs for the player or hood ornaments for vehicles. It doesn’t give the player or the vehicle any advantage but gives it a distinct appearance compared to the standard setup.

How About A Better Pistol!

Planetside 2 also offers items that can be purchased that impact how the game is played. The key thing to note here is that any player can purchase a weapon, enhancement or vehicle in the game through their certification points they earn via experience. If they don’t want to wait to earn them though, they can also purchase them with Sony’s Station Cash virtual currency. This can help players gain a slight edge early on but as players progress, those advantages can be lessened. 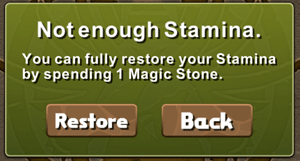 Restoring Stamina in Puzzles and Dragons to Keep Playing

In games like Candy Crush and even Angry Birds Go!, there is a set number of times that a player can attempt a level or play a specific character. When they reach the limit, they are forced to wait for a period of time before they can play again. Players can avoid this waiting period if they are willing to spend money to remove it. Generally this is a very small amount of money as a means to entice the player who just has to try one more time to reach a goal to be willing to part with a small amount of money. Some games are a bit more generous than others by allowing you to earn items within the game that can be used to remove the timers in addition to being able to purchase those items or currency through an in-app purchase. 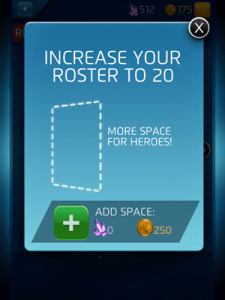 There are a number of games out there where you can have a number of different either monsters, characters, cards, etc when you play the game. Now there are far more of these items than the slots given to the player in the game. This will restrict the players ability to play the game as they don’t have access to as diverse a range of the items that go in those slots. Thankfully, the developers are more than willing to offer up additional slots for you to collect more of the things within the game. Depending upon the game and the number of total items that can fit in the slot, the additional slots may be quite affordable or very expensive. For instance, in Marvel Puzzle Quest, the first few slots are easily obtained with common resources found in the game. As you get more slots, the cost increases and moves to more difficult to get resources essentially requiring the purchase of the resources if you want more. 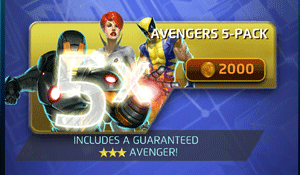 For those games that have a collectible element in them, they also generally have a rarity that is attributed to the collectible items. Through game play, one can earn additional collectible items generally with the chances being that they will only get a standard or common item. At times, they may be able to earn improved odds to get the collectibles with a higher rarity level. In addition to the standard earned rewards, players will be given the chance to purchase more cards, items, pulls, etc. Often the developers will offer varying levels of chances on the expansion packs with guaranteed results provided you are willing to spend more. Marvel Puzzle Quest offers just such expansion packs through their recruit heroes functions.

As we have seen, there are lots of different methods that developers have to try and get players to actually spend money in Free To Play games. The general trend is that by spending of money, players can in essence bypass the amount of time they have to spend playing the game to advance to higher levels. Most developer will often use several if not all of the various techniques mentioned as a way to generate revenue.

In my next article, I will look into the various pitfalls of the Free To Play model that are actually detrimental to the consumer versus the traditional flat price for a game.