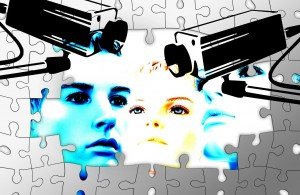 Earlier this year, a news story broke regarding Samsung’s Smart TVs with voice control capabilities and the face that the data captured by the TVs could be shared with third parties. This was discovered through a careful reading of the user agreements regarding use of the Smart TV functions. Samsung is not the first company to encounter problems with regards to data captured by technology and it certainly won’t be the last either. So, what exactly is the issue that has privacy advocates citing George Orwell’s 1984 and its themes of surveillance?

Voice recognition and commands is a fairly big trend with technology right now. You see it in mobile phones from things like Apple’s Siri and Android’s OK Google, smart TV sets like those from Samsung and LG, video game consoles with Microsoft’s Kinect and even new devices like the Amazon Echo. Each of these devices can be controlled by simply giving a voice command. 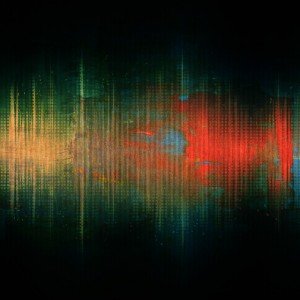 Now voice recognition is a very complex computing task. Each person has a slightly different variation on how they pronounce words. To accurately analyze a voice command and issue the correct response takes a fair amount of computing power, something which many of these devices don’t necessarily have on their own. In addition, many of these commands may rely on getting information from across the net. As a result, the voice commands are relayed to cloud servers on the internet for processing. This is the first issue that many advocates have.

In the case of Samsung, that data is sent to the third party rather than Samsung. They stated this in their privacy policy. The problem is that consumers do not have any idea of how this data is used or stored. In addition, they don’t have any assurances that the data is protected such that it can’t be viewed by some other companies or individuals.

Always On Versus Press to Use

Another issue that privacy advocates have is the problem of personal information being captured by devices. You see, some devices require that the voice features always be on. This was the case with the Kinect for XBox One as it was originally proposed. In order for the device to be turned on, it would need to listen all the time. This means that any conversations happening in the room could be captured by the device and potentially stored or transmitted over the network. This eventually led to Microsoft dropping the Kinect as a required component of the XBox One.

Now many devices avoid this problem by implementing a press to use feature. This means that the device is only listening when the user activates the voice feature on a remote or the device. This alleviates some of the privacy concerns as the device is not likely to overhear those unwanted conversations. Not all devices have such a feature implemented. As a result, consumers should always look into how a feature works before they purchase a device that might be listening all the time.

These days, the data that someone generates can be worth a fair amount of money either by itself or aggregated out across a large group of people. Companies sell this data to one another to try for a large variety of reasons. For instance, the aggregated data could help determine trends in terms of products, fashions or even brands. Individual data can be used to create targeted ads that are more likely to get a response from that consumer. How that data is used is also a major concern. 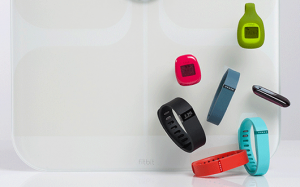 Think about all the data that is being generated by a huge range of devices. For instance, fitness trackers gather a large amount of data that pertains to the health of individuals. The purpose of the device is to help the consumer meet their fitness goals. But what stops that information from being shared with other parties such as insurers? That information could be used to dramatically alter services that you might have access to or the rates that you may have to pay.

Now some companies offer incentives for users to actually voluntarily provide that data. Progessive Insurance even offers a tracking device to help reduce a driver’s car insurance rates. This idea seems good especially for anyone that believes they drive safely. But recently it has come to light that . Essentially, a lot more people than just Progressive could be capturing your data putting you at risk.

Opting Out Generally Means Not Using the Feature

Sadly, one of the only ways that consumers can opt out of having their data shared is to essentially turn the voice recognition features off with their devices. After all, if there is no data sent to a remote server to be analyzed, you don’t have to worry about the loss or privacy or data. Every device pretty much has some way to disable it in the software unless of course it is critical to its function. For instance, the Echo pretty much relies entirely on voice control. Without it, you basically just have a very expensive wireless speaker.

Another solution is to have better accountability and transparency when it comes to this data usage. Samsung was upfront that the data was being shared with third parties. The problem is that it does not disclose how the data is used. If they did that, then consumers could have a more informed decision when it comes to using the technology. This is something that all companies that use features that record the data should do.

As more and more smart devices enter our homes, this is going to be an increasing concern.