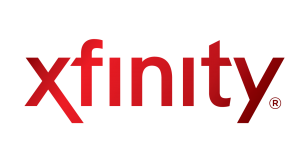 Comcast now has one of the largest public Wi-Fi networks in the country. This was in part because of a plan where they turned . In essence, people who subscribe to Comcast’s Xfinity services will have their internet connection automatically configured to share that with other people. There are many issues with this plan but the best part is, if you are a Comcast subscriber your connection will automatically be converted because it is an opt-out program. Let’s look at how the are doing this and why the Comcast Public Hotspot plan is not that beneficial to consumers.

How Comcast is Creating the Neighborhood Hotspots

By default, most Wi-Fi networks are generally secured with some form of password to prevent random strangers from using it. This makes them private rather than public. What Comcast is doing is reconfiguring these routers so that there will be a secondary wireless network with a name of xfinitywifi. This would be isolated from the subscriber’s personal Wi-Fi network so they could not connect into your personal devices or computers attached to it. So now rather than a single private Wi-Fi network, there is a private one and a public one.

Now, this second network will be an open hotspot that anyone can connect to but it will only route internet data if the person connecting to it is a Comcast Xfinity subscriber. This means that it is not a true free public hotspot that anyone can connect to but a restricted one. In addition, this so called hotspot network would be limited to just five connections which the company claims should not impact the consumer.

Why This is Bad for Comcast Subscribers

Comcast charges a lot of money for users to have fast broadband internet connections. My home connection through Comcast costs roughly $70/month for roughly 6Mbps speeds. As a paying subscriber, I expect to be able to use that bandwidth as needed. If my connection were to be opened into a hotspot for others to use, I could potentially be sharing that connection. For instance, if I just happened to live in a fairly populated area with lots of public access, I could have five people connected to my network streaming video off the internet at the same time. Thus, my 6Mpbs link could end up being only just 1Mbps as each person is using as much data as their can for their streams. That means that the quality of my stream has just been reduced and is the result of Comcast siphoning off my service to others.

Then there is the liability potential for consumers as well. What if someone on that public hotspot is doing something that could be considered illegal. It could be downloading copyrighted materials, stalking other individuals or even child pornography. Since they were connecting to the internet over a connection that was provided through your home, do you suddenly end up being liable for those other individuals using your broadband connection? Sadly, many copyright holders love to try and sue whoever is labelled by an infringing IP so it is a possibility you could end up involved.

Why Neighborhood Hotspots Are Not That Useful

Let’s face it, Comcast turning subscriber connections into public hotspots is a marketing ploy. This allows them to claim a huge network but the majority of the public hotspots would never be used. Comcast claims that up to 54% of Neighborhood Wi-Fi usage is through this second shared SSID network but this seems inflated when they only just turned it on in one market. More likely they are also taking into account the traffic through other public hotspots. Unless of course the people using the public hotspots use up lots of data and want to spread that load out so as not to go over any of their potential data caps.

The majority of Comcast subscribers are either in suburban developments or in densely populated urban environments. In the case of the suburban regions, there is not often many people traveling through that require the open Wi-Fi network who don’t already know the person they are visiting that can give them access to their own Wi-Fi network and internet connection. In the case of the urban environment, there is likely already some form of public Wi-Fi connection available through a business in the region making the Comcast Neighborhood Hotspot redundant.

How Customers Can Get Out of Sharing Their Connection

There are essentially two ways that customers can effectively prevent their Comcast connection from being shared. The first is that they can opt-out of the program. This is done through their Comcast Xfinity control panel that they can log into and change their preference to “Disable Xfinity Wifi Home Hotspot” under the management for their Xfinity WiFi device. I highly advise if you are customer to do it regardless if it is rolled out in the region.

The other way to get around sharing your broadband access is via the hardware. Only customers that are using the Comcast supplied Xfinity Wireless Gateways will have their connection shared. Why is this the case? Well, these devices are rented by Comcast and their property so they have access to enable the hardware to setup the second wireless network for sharing. If you happen to own your own cable broadband modem, particularly one without a Wi-Fi router built-in, they do not have the ability to configure it for this sharing. Of course if you are a subscriber to the full Comcast package that also contains voice, TV and internet access, you may not have a choice to run your own hardware.

Where Comcast’s Public Hotspot Plan Does it Right

I’ve talked a lot here about how the Neighborhood Hotspot plan is a terrible idea and I think people should opt out of it. The thing is that other portions of the Comcast Public Hotpot plan makes sense. This involves both their placement of Outdoor Hostpots in public locations such as parks, shopping centers, transportation centers, etc and the Business Hotspots. These are designed specifically for those areas where Comcast subscribers will be out in public without a broadband connection but can have access by being a subscriber.

One thought on “Should Comcast Force Subscribers to Share Their Internet?”