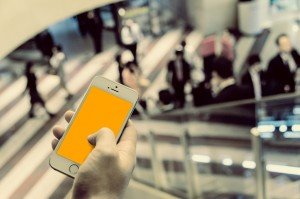 It has been six months since California’s law took effect. This law effectively mandated that phones solid in the state be required to have a kill switch function. Not all phones are technically required to have this as older phones that predate the law that cannot be patched for the feature can still be sold. Several other states have passed similar laws and there was a push to have a federal law in the US for the same function. So what exactly is this feature, what is the purpose of having it and why should you care?

So a kill switch on a wireless phone is essentially a way to have that phone remotely disabled if it has been lost or stolen. The purpose of the feature is to prevent a phone that has been stolen from being wiped and resold on the used market. Smart phone thefts have become an increasing problem for both consumers and law enforcement. Lots of statistics have been reported of the high rates of crimes involving phones such as half of all events in San Francisco involve one. And it is easy to see why they are. A device like an iPhone sells for upwards of $600 or more new and a fair amount on the used market. It is easy for a thief to just snatch an item from a users hand and run off.

The hope is that by implementing a universal kill switch technology, that thefts of all phones would go down because it makes it more difficult for the thief to easily turn around and sell the phone. This is similar to the concept of the universal stolen phone database that theoretically prevents a stolen from from being activated on a cell phone network but goes a step further by actually disabling the device over the network rather than preventing it from being activated under a different account.

So How Does a Kill Switch Work?

All wireless phones carry several different identification markers in them so that a wireless network can distinguish your phone from another one within the network. A kill switch in essence is the ability to take that identification information and push out a signal to the phone to effectively disable the device from operating without some form or proper unlock in the event that the phone is recovered. The idea seems quite simple and similar methods have been introduced by several companies for their models.

For instance, Apple has a system for the iPhone that could remotely wipe a phone and lock that phone so that it could only be used by the individual that originally purchased the phone by unlocking it with their Apple ID login. The problem is that hackers found a way to security lock which made it less effective. Of course, Apple just introduces some software changes to correct that problem but just like jailbreaking, it is likely that other ways may be found over time.

While all of this sounds like it could be very beneficial for consumers because it is designed to help prevent phone thefts, there are other concerns of legislating a universal system such as the kill switch. The EFF has posted . The more important of their two issues is that of abuse.

Essentially, if the technology to remotely kill a phone is enacted, it opens up the possibility that the system to lock those phones can be abused. The intention is that if your phone is reported stolen or lost, you can contact your carrier and they would disable it. But what if a third party decided that they wanted to lock your phone? It could be the government or law enforcement wanting the ability to prevent people from communicating about a situation or just a hacker that is out there trying to cause mischief. Either way it is a potential problem that could be built into every phone.