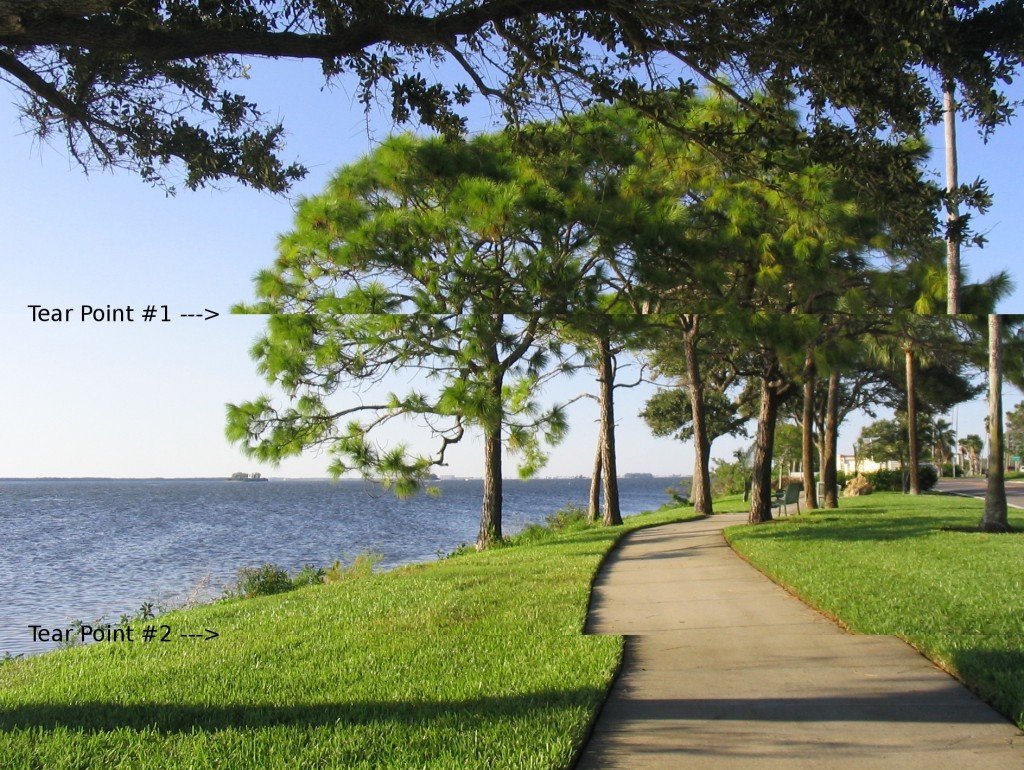 Gamers often talk about the frame rates that they get out of a game with their video card. This tells how many frames per second that the video game and software can generate. In order to display them, they have to be drawn upon the monitor. The process of moving those rendered frames from the video card to the display introduces a whole new set of problems, one that many gamers are familiar with. Both NVIDIA and AMD have release new technologies to try and provide a smoother and faster display but how do they improve this and is this consumers should actually use?

The Tearing and Lag Problem

So the big problem with gaming is the fact that video card frame rates and the monitor refresh rates do no sync up. This is either because the graphics card is faster or slower than the fixed refresh rates of the display. When they are not in sync, you end up with partial frames that get pushed to the display that cause image tearing. This is where the upper portion of a image is from one frame while the remainder is from a previous frame.

Up until recently, there was only one real way to deal with the image tearing in the display. You have probably seen the option for V-Sync or Vertical Sync in the graphics options of your game or video card settings. This is a process that essentially tries to smooth out the images that get rendered on the display. It does this by essentially preventing partial frames from being displayed by only sending full frames from the buffer to the display. If a frame is not fully rendered, it skips a refresh cycle on the monitor until the next one. While it does smooth out the image, it introduces a slight image lag or a jitter noticed by some users.

is a more recent solution that was introduced by the graphics card drivers to try and deal with this. This differs from traditional V-Sync because it attempts to adjust the rendering of frames to the monitor to one of the various refresh intervals that the display can scale down to from its maximum refresh rate. This is an improvement over the standard v-sync that is fixed at one refresh rate but it still has input lag issues.

Now new technologies referred to as adaptive refresh rates are available so that the video cards and displays can better communicate to get the display and graphics card to provide a smoother image.

NVIDIA was the first company to propose a new method for dealing with the frame tearing problem because of the fixed display refresh rates and video card frame rates. The system forces the display to use a variable refresh rate that is synced to the video card frame rate to remove the input lag and also prevent the frame tearing without the need of V-Sync.

It is a proprietary system that was developed by NVIDIA and has specific hardware requirements both from the NVIDIA graphics cards and the display. In fact, when was first introduced, it was only support by one ASUS monitor that users had to open and replace a circuit board. With the added hardware requirements on the monitor, the system was slow to be adopted with dedicated G-SYNC monitors not becoming available for over a year after its initial release. 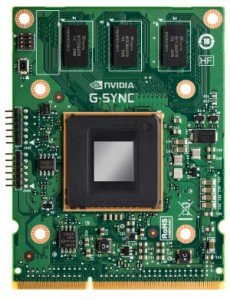 In order to use the G-SYNC system, you need an . The DisplayPort connector is critical as it send the secondary signals required to sync the display to the graphics card. Of course, you also need a G-Sync compatible display which typically cost more than a non-G-SYNC version. 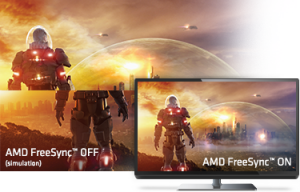 Shortly after G-Sync was announced by NVIDIA, AMD also mentioned that they had a system in the works similar to NVIDIA’s but that it would be an open standard. AMD released its technology this year which essentially provides the same variable and adaptive frame rates between the graphics cards and the display. The difference is that the AMD technology has been adopted by the VESA group for the DisplayPort 1.2a specifications called Adaptive-Sync.

What this means is that FreeSync does not require additional proprietary hardware but you still will probably need new hardware. Essentially, any monitor that is DisplayPort 1.2a compatible can work with DisplayPort 1.2a equipped graphics card. The problem is that it is a standard that is not that widely deployed yet as most monitors are video cards still use DisplayPort 1.2. The difference is in the potential for support is greater than NVIDIA’s G-SYNC because as the technology rolls out, it will likely be built into more products.

Both of the G-SYNC and FreeSync technologies are great advances for providing a smooth image when playing games on the PC. The only drawback to them is that it requires all new hardware for consumers to use them. This is not much of a problem when it comes to the graphics card but is with the displays. The reason is that most people don’t replace their display when they update their computer. Most consumers tend to hold onto the displays for as long as they can, often upwards of ten years.

Where the effects will be seen the most is in the laptop market. This is because the technology, especially FreeSync, can easily be added into the laptops. The only problem with this is that the majority of gaming laptops use NVIDIA graphics processors which do not currently support FreeSync. It is possible that some manufacturers might add the G-SYNC technology but with the added hardware requirements, it is unlikely.

One other issue with both of the implementations right now is that they are restricted to the Windows 7 and higher operating systems. This is because the software drivers for the technology on the video cards has only been written for them so far. So Linux and Mac users won’t be able to benefit until their drivers receive updates.