Well, NVIDIA is at it again this time taking what they learned from the first two and hoping that their third try will be a success with the NVIDIA SHIELD Tablet. But is it really doing anything different from the other two? 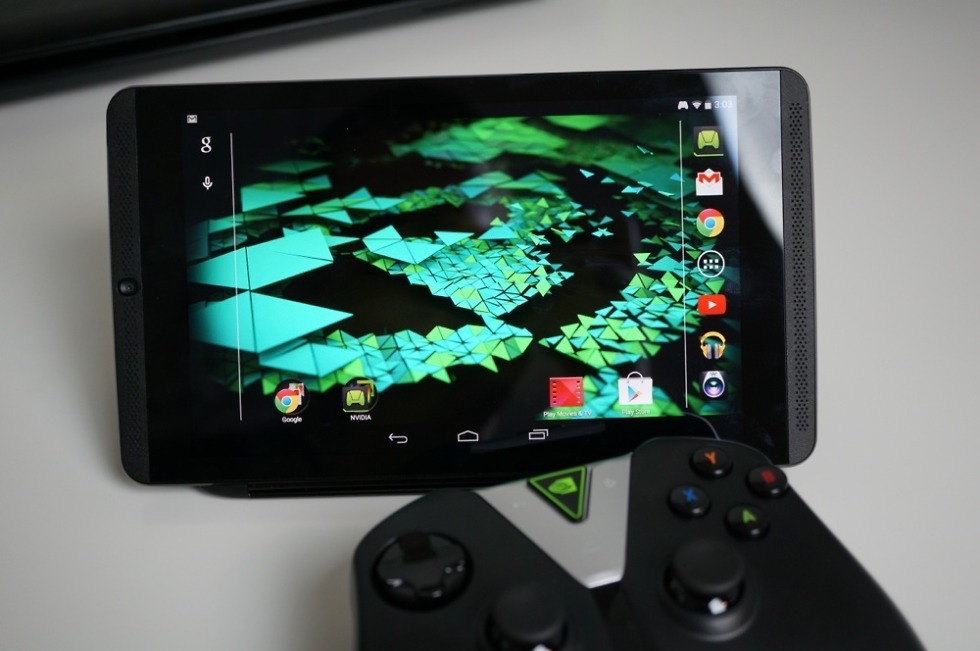 The primary product of course is the new SHIELD Tablet. It tries to address the primary problem with the various hardware issues of the two previous products. Specifically, it features a 8-inch display with a resolution of 1920×1080 for full high definition gaming. This is a major improvement of the 5-inch screen on the original SHIELD controller that was much too small and offers better resolution of both it and the Tegra 7 Note which are just 1280×800.

The heart of the device also uses the new NVIDIA Tegra K1 processor. This is a new Cortex A15 quad core processor that features a total of 192 CUDA cores similar to what is used in NVIDIA’s mobile PC graphics. This provides it with some of the fastest 3D graphics performance out of any tablet to date. Frankly, this is sort of a waste when it comes to the Android games that run natively on the tablet as most have to be programmed for much lesser hardware on the market in other tablets. Still, it has potential.

The main selling point though is the use of the tablet as a mobile PC game station when it is paired up to a PC with a high end NVIDIA graphics card through a fast wireless network. This allows the tablet to be used as a mobile PC game console when it is then hooked up to a TV through the micro-HDMI port. Of course, to get the most use out of it, you will need to also get the new wireless game controller. 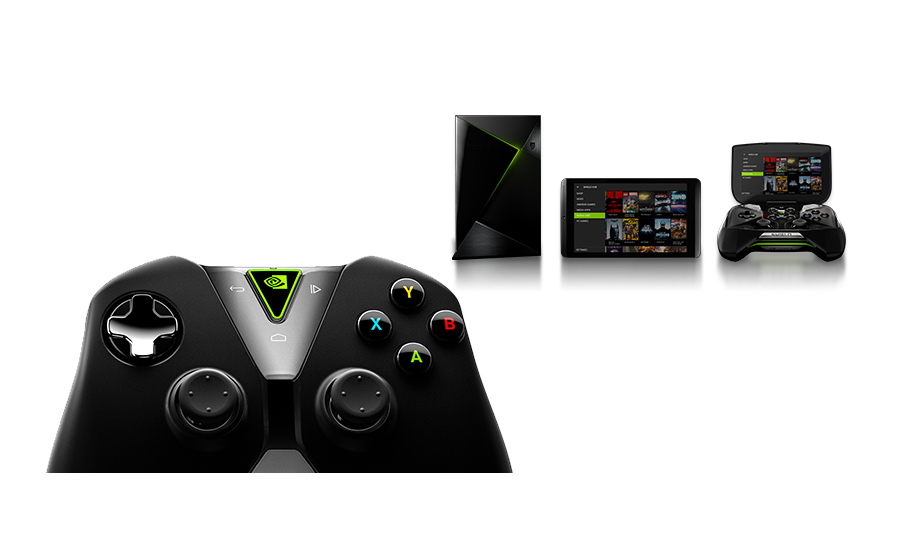 The basic design of the new controller really isn’t that different from the original SHIELD device other than size as it does not have the 5-inch screen and huge battery in it. The button layout for the most part is very similar and akin to many other game console controllers on the market. The only differences is the thumb sticks are taller than before and a new button layout for the center buttons.

The big difference here is how it connects to the SHIELD Tablet. Most game controllers use Bluetooth, the ubiquitous wireless technology found in most mobile devices. While this works, it tends to have a bit of an input lag. To minimize this, NVIDIA elected to use WiFi direct. This uses the standard 802.11 wireless standards to communicate between the controller and the SHIELD tablet. This is really important that you then consider when the tablet is being used as a remote PC console that input not only has the delay going to the tablet but then from the tablet to the PC.

There are essentially two types of buyers that might be interested in the SHIELD Tablet and the controller. The first is a person that is looking specifically for a tablet device and PC gaming does not concern them. With a price tag of $299, the SHIELD Tablet isn’t unreasonable priced but there is a lot of competition. For instance, the Apple iPad Mini with Retina Display and Amazon Kindle Fire HDX 8.9-inch are both around the same price but both have higher resolution displays. Amazon with its Fire TV initiative is also going to produce more games specific for their tablet and even offers a compatible wireless controller. This makes the NVIDIA SHIELD Tablet a bit harder sell to a tablet specific buyer.

The other category that NVIDIA is most likely going after is the PC gamer that wants to expand their PC gaming range from their standard desktop. For them, the ability to use the tablet with the game controller connected to a HDTV in a home theater may be appealing. The only drawback here is that they need a high end NVIDIA based graphics card in their PC, the tablet and the controller to make it truly effective. The tablet is $299 and the controller an extra $60 making it roughly $360. This ends up being very close to the cost of a dedicated game console like the XBOX One or PlayStation 4. Besides PC gamers that want a mobile gaming experience likely already have a PC gaming capable laptop system which negates the need for the SHIELD tablet plus controller setup.

To be really successful, NVIDIA needs to look at investing more in getting their K1 processor out to more devices than just their SHIELD products and then offering their software solution for general tablet consumption. This would bring a wider audience to the potential of remote PC gaming rather than buying into another manufacturer specific hardware.