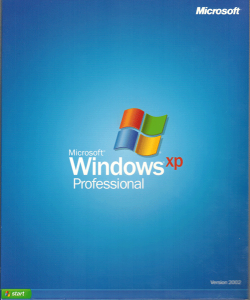 As of April 8, 2014, Microsoft will be officially operating system. Originally released in 2002, the operating system was hugely successful after the less than stellar reception of the Windows ME software that was plagued with problems. It was based upon the Windows 2000 software that was designed for corporate users and solidified the Windows experience that lasted until Windows 8 that the company is now offering a more desktop like option to with its updates. Microsoft has attempted to kill off the product several times but was pushed back by corporations that had built their workforce computing around it. Finally, the time has come and I know a few people in my own family that still use Windows XP that will need to consider upgrading their computers. So, what exactly does the end of support mean and what options are available to users of the operating system?

Windows XP Will Still Run But With Risks

First off, if you have Windows XP on an existing computer, it will continue to run on and after April 8, 2014. The product isn’t just going to die, it just is no longer supported by Microsoft. This has some serious implications on the software but for those desperate to cling to the past, you can keep going on if you want to. Many have referred to this date as end of life but really it just means that Microsoft is not going to put any resources into the product. Specifically, the product will not longer be patched by their developers or supported by the company in terms of validating software, drivers, etc.

Without any security patches to the software, users of the Windows XP operating system from now on are going to be putting their information and systems in severe jeopardy. Viruses and malware are continually being developed to exploit security flaws in Microsoft’s operating systems. By not patching them, those flaws will grow and the threats that expose the computer to threats will grow. Many estimates that threats to the system will increase by five times in the first few weeks after support ends. Even though you may have anti-virus and firewalls software to help protect you system, you are still at increased risk.

On the hardware side, peripheral companies will be cancelling development of drivers for their hardware. Many companies have actually already done this. But say for instance you printer no longer functions or you need to replace the video card. It is likely that the new hardware will not run under Windows XP meaning that you will have to get a newer version of the operating system or even a new PC.

Your Options To Replace Windows XP

If you want to keep your current computer and just replace the software, you will either need to check to see if you can run the current Windows 8 software by checking the current and reading the . The other option is to look into an alternate operating system that can run on the older hardware. The best bet for this is Linux but the challenges can be daunting in terms of picking an distribution and getting used to the new desktop environment. I highly recommend checking out a site like at About.com if you are thinking of this route.

Now if you computer is more than five years old, you really need to get a whole new computer system and then move over your data. There are plenty of options for low cost computer systems that will run the latest versions of Windows just fine. Microsoft has even put together that include some discounts for those needing to upgrade. If you want a secondary opinion outside of Microsoft’s suggestions, you can check out my to help narrow down your search.

And if you don’t really care about Microsoft’s operating system, you can always check out the option which can cost under $300. Just be warned that it is an online driven experience that is heavily reliant upon the web rather than local applications.

There are many different options for transferring data from on old machine to a new one but Microsoft has teamed up with Laplink to offer a special free version of PCmover Express that will transfer basic data between an older XP computer and a new Windows 7 or 8 computer. It will not transfer applications at all, so be sure to read all the information that Microsoft has offered prior to using it to see if it will meet your needs. Otherwise, you might have to purchase the .

One thought on “Windows XP Finally Comes to an End”