Back at CES, Intel’s big announcement was their new technology. This solution is just now starting to roll out to consumers in the form of new tablets and computers. Intel keeps touting the feature as the future of computers but is it really all that new? What exactly can the RealSense technology bring to consumers? Let’s find out and see if you might want to get it on your next computer, tablet or smartphone. 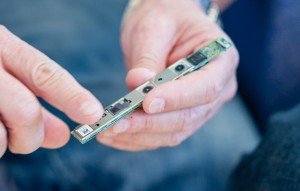 The basis for the Intel RealSense is a new type of camera array used on personal computers and portable devices. The unit essentially takes three cameras, one traditional, one infrared and one infrared projector. Combined, the three units can sense the environment in three dimensions. The RealSense unit is obviously larger than your traditional single lens web camera that you see on devices but it is still relatively compact allowing it to be integrated into devices as small as a smartphone.

The camera portion of the RealSense is somewhat basic and not all that revolutionary when you think about it. After all, Leap Motion was essentially creating their controller as the infrared sensor portion very similar to the extra two cameras on the RealSense. It is the software portion of the RealSense package that pulls together what it can be capable of. This is why Intel has released a to try and spur development of software to make use of the hardware. Intel has shown off a number of different features that the RealSense can be used for. 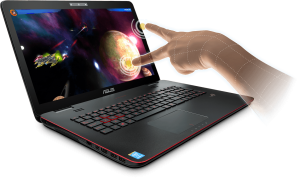 Gesture controls for the PC are not new. As I already mentioned, Leap Motion has already created a device that can be added to any PC with USB connector to provide it with motion sensing. Microsoft has also had this ability for years with its sensor unit. In essence, the RealSense 3D package provides the some overall capabilities. Intel claims that it an register up to 22 points of reference when scanning an individuals hand. Of course, the feature is only going to be as useful as the software that supports it. Having to hold your hand in the air above your computer may also cause fatigue so it remains to be seen how useful this is as Leap Motion has not found much success to date with its interface. 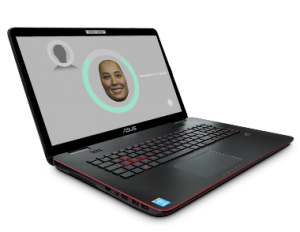 Probably the most interesting feature shown off by Intel for the RealSense is the ability to 3D scan an individual or object. This can provide a very inexpensive way to provide scanning for those trying to integrate real world objects into virtual worlds or just trying to scan an object for later 3D printing. The feature is shown off by Intel by essentially panning the camera around the subject and it automatically will produce the 3D image map. Once again, this is a proposed feature and it remains to be seen how accurate it can generate these models. 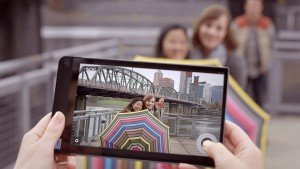 You may have heard about the camera with its light field sensor. In essence, the sensor rather than just recording the color of a light wave to hit the sensor it also records the direction. By doing this, the software can then be used to generate an image focusing on any distance in the image rather than the single plane of focus of a standard camera. Intel’s RealSense camera and software attempts to provide this same level of adjustment, albeit on a smaller scale. In essence, you can take a picture and then adjust the focus on another subject after the fact. It is not going to provide the same level of depth a Lytro camera would provide but it could be useful for trying to get those slightly out of focus images back in focus. 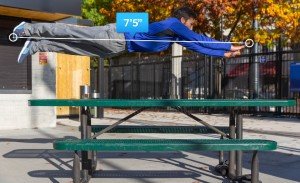 Thanks to the depth perception capabilities, the RealSeanse software and camera can also allow for a user to just take a picture and then get a measurement of distance of any two points within that image. This is achieved because of the depth measurements stored along with the image that allows for a software triangulation to generate a measurement. Intel makes no claims as to the accuracy of these measurements but it is a novel usage of the sensor that could be really useful for individuals who already carry a smartphone. It could reduce the amount of tools they may need to carry.

Now the RealSense camera module is only going to as useful as its positioning on the computer or device. For most computers, it will likely be above the screen focusing on the user. This is useful for the 3D gesture controls, maybe 3D scanning and their special chat features that will focus on the person and automatically blank out the background. This position won’t be useful for the measurement or depth perceiving still image features. Similarly, the position on a tablet or smart phone will likely be on the back. This makes it useful for the depth adjusting camera, 3D scanning and measurement features but not very useful for gesture or chat features. Of course a computer or device could always have the RealSense 3D cameras on both the back and front although it will be unlikely on smaller devices due to limited size to fit the camera modules.

Overall, Intel’s RealSense camera and software aren’t really that new. The difference here is how large of a company Intel is and how well it can get the features integrated into new computers and devices. Even Microsoft which is a large company that tried to force the Kinect interface with the XBox One game console even had to back down on it. The success of the gesture controls has been difficult. The real success of RealSense is going to depend upon getting software support and truly unique and working functions. Right now, it is now more of an interesting gimmick than a useful feature but hopefully that will change.