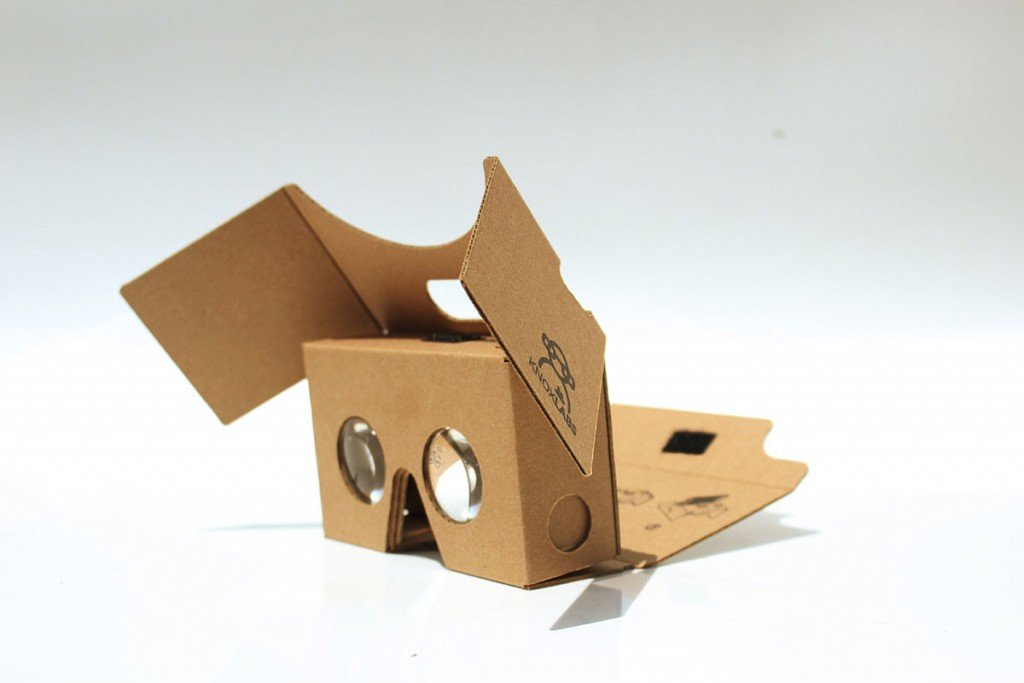 Virtual reality is one of the big trends for technology right now. The Oculus Rift has been in development for several years and is likely to be released early next year but it is going to be very expensive and have some serious hardware requirements in order to use it. The Samsung Gear VR is available now and only requires a compatible Samsung Galaxy Note 4 to use but it is still fairly expensive. Google last year showed off the Cardboard, a low cost VR setup designed to be used with compatible Android smartphones and applications that cost as little as $25. Now the updated version of the has been announced at Google I/O 2015 and it opens up the experience to even more people.

First off, the name Cardboard was derived from the construction of the prototype viewers. They are essentially folded cardboard with some plastic lens elements that can hold a smartphone to be used as the display screen and the sensor for the unit. The new Google Cardboard does not really look all that different from the past model but it has two distinct features. First, the size has been increased to allow up to 6-inch size phones. This is important because there are more smartphones featuring bigger screens such as the Samsung Galaxy S6 and Nexus 6. The other feature is the switch from a magnetic ring to a capacitive tape that allows the button function on the viewer to be used with any capacity screen smartphone, including the iPhone 6 which extends the compatibility of the viewer to just about any smartphone. 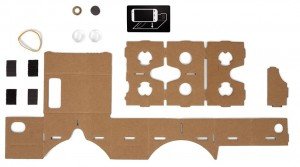 What really makes the Cardboard appealing though is the low cost. The estimated cost for the physical cardboard constructed units will cost around $25. There are some fancier versions that others have produced using more durable materials that still cost less than $100. Of course, you can always work on building your own thanks to the Google released, but these are still for the first version and not the updated iPhone compatible style.

In order for VR to really catch on though, you also need content. This is where the platform comes in. It really consists of two pieces. The first is the Jump Camera rig. This allows producers to link together cameras together to seamlessly capture 360 degree video. The video that the rig captures still needs to be put together into a VR format for viewing. This is where the Jump Assembler software that can then stitch together the sixteen individual two dimension video feeds into a 3D stereoscopic video feed with a seamless 360 field of view. 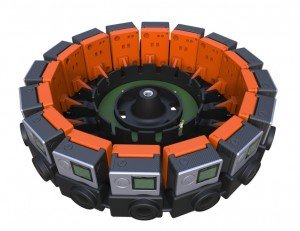 The best part is that viewing the VR is incredibly easy right now if you happen to already have the first generation Google Cardboard viewer or who happen to get in line for the version 2 viewer. The official Cardboard app is available for and even right now. In addition to these, there are a number of other compatible applications such as YouTube for watching current 360 degree video content.

The one thing to remember about the Cardboard is that it is not really designed with interactivity in mind. It is primarily used for viewing VR content. This could be in the form of stereoscopic images or 360 degree video. You can tilt and turn your point of view but it is not like the Oculus Rift that is designed for interacting with the environment. This is why there is such a significant cost and hardware requirements in order to use it versus a simple setup like Cardboard. Still, the cost of entry is a big factor for adoption by consumers and the Google Cardboard is affordable for just about anyone to try it out.