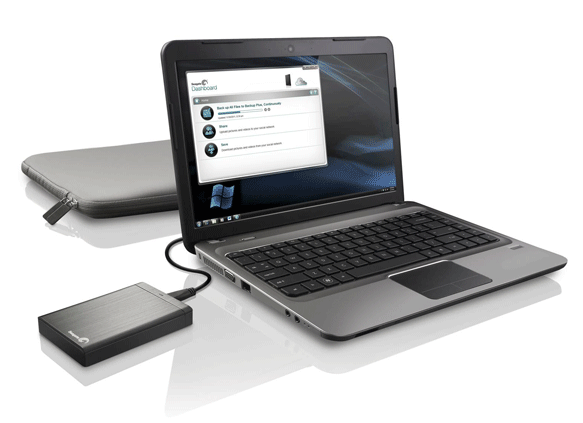 It seems that our entire life is store in our digital devices now. Photos, video, music and documents are all stored on our computers. You once used to have to worry about fire destroying these objects in your home but now a simple hard drive failure can lead to a huge loss of this personal information and data. Almost a decade ago, just such an instance happened to my parents when their desktop hard drive failed causing them to lose all of their digital photographs and documents. I personally have digital photos dating back to 1997 still on my computer. This is why it is extremely critical for people to setup some sort of computer backup for their data.

The easiest way to create a computer backup is to just have your data stored locally either on a secondary internal hard drive or through an external drive. While this still wouldn’t properly save data in the event of say a fire that destroys an entire house, it does resolve the more common issue of a failure of the drive within the computer.

There are essentially three types of backups that can be made of data on a system. The most simple is just a simple file copy. This would be copying all the files from an existing drive to a secondary drive. It is inelegant solution that essentially only provides a backup of the data when it was copied. There are other problems as this only copies those files which the system allows to be seen or are selected by the user. Many system files are hidden and won’t be copies. So in essence, this is just a snapshot of the data when the copy is done. There is no way to recover a complete system from the data, just certain files.

The next type of backup is called an image. This essentially takes everything that is stored on the hard drive and then creates a single archive file with all that data including system files. It is similar to the copy in that it is just a snapshot of the data from one particular instance when the image file was created. The difference is that using the correct tools, it is possible to extract the image file onto a completely new drive so that it can recover a system that has suffered a drive failure with all the applications and data files intact from when the image was taken.

The final form of backup is called incremental and differential imaging. It is similar to the image file in that it does create a single starting backup image that captures all the data. The difference is that the backup software scans the drive at select interval for changes since the last backup image was created. Any differences that are spotted are then stored into a incremental image so that a more complete image of the data can be seen. This is the best overall method as it also allows for revision history. The downside is that this takes much more processing and storage space to keep the history information.

When you setup a system to backup your computer system, you want to ensure that your backup drive has more data capacity than the drives or drives you are backing up. For instance, it is not much use of having a one terabyte hard drive used to backup a two terabyte drive inside of your computer. If you have over a terabyte a data on the computer, the backup drive will not be able to do a complete backup. I generally recommend having at least twice the storage capacity on the backup drive. It is even better to have more if you are using a incremental backup system as this will generate even more data due to having multiple copies of any files that have changed since the backup first started.

In addition, if a drive is being used for backing up multiple computers, you want to have more capacity than the combined drives of the various computers. For instance, if you have a desktop with one terabyte and two laptops each with 500GB, you need to have at least two terabytes of data storage. It would be best to have at least three to four terabytes to be able to properly back up all of these systems to a single drive.

A backup solution is only going to be as fast at generating its backups and restores as the data bandwidth link between the computer and that drive. This is why internal secondary drives offer the most efficient means of backing up a computer system. Of course, that isn’t practical for a laptop that only has a single internal drive. Both external peripheral and network attached storage on a local area network can be used in such a case but there are important things to not about both.

External peripheral drives tend to be much faster for doing backups as they have better bandwidth. For instance, even USB 2.0 ports can achieve speeds of up to 480Mbps which is faster than 802.11n data bandwidth that tops out at 270Mbps. With USB 3.0 and Thunderbolt, those speeds jump upwards of 10Gbps which is near the speeds of an internally attached hard drive. Thus, if you can get and use an external USB 3.0 hard drive with your computer, it will be the fastest method available. 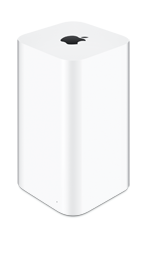 The big drawback to an external peripheral device is that the backups can only be done while the drive is attached to the computer. This is very inconvenient for laptop computer as it means the drive has to be carried and attached to the laptop at all times. This is where a network attached storage device is very useful. Essentially, an NAS is any sort of router device that also includes a hard drive storage solution that can be seen by a computer over a network. This means that as long as that laptop can connect to that network device, it will be able to create backups. This is very useful as you don’t have to think about having a drive attached. The downside is that the backup will be slower as mentioned above and will not be able to be used outside of a household or office when the laptop is not connected to that network. 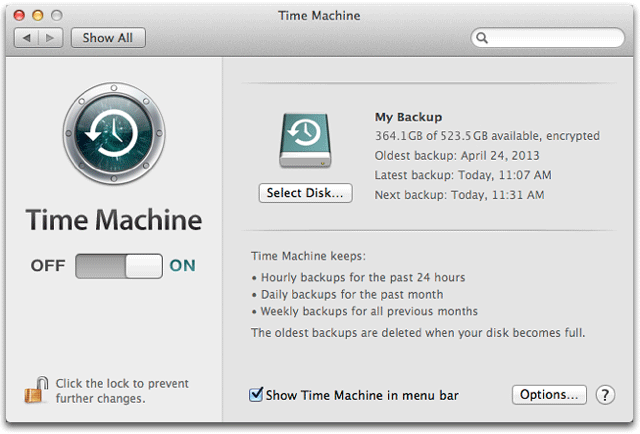 Those that are fortunate enough to own an Apple computer system that runs Mac OS X version 10.5 and later have a built in backup system called . This is a spectacularly easy backup system that works extremely effectively. It is an incremental and differential backup system to provide for the best overall detail of the system. Setting it up is also incredibly easy. The first time you plug in an external drive to the system, it will actually prompt the user if they wish to setup that drive specifically for Time Machine backups. It will then format the drive and begin creating the initial image file which can take a long time, so best to do this when you don’t need to use the system much.

The Time Machine feature in Apple’s computers can also be used with network backups through their AirPort Time Capsule products. These are essentially their wireless network routers that also feature an internal hard drive for use with Time Machine. This is a little less straightforward as you have to open the Time Machine application and then use the “Select Disk…” option to browse your wireless network for the drive to establish the backup but still very easy overall. 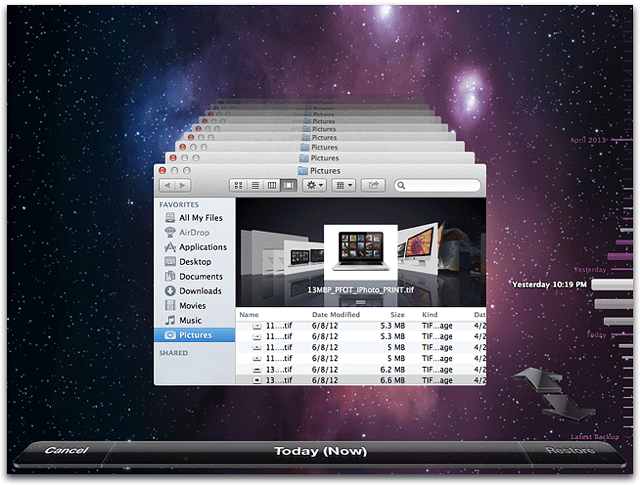 Recovering data from the Time Machine backups is also extremely easy. The reason for this is the software integration that Apple has done with OS X. One can recovery individual files by using the Time Machine program to browse the backups at specific times and simply select a file and click “Restore”. If there was a drive failure such that the whole drive has to be recovered, there is a recovery process that can be initiated from the installation disks. Similarly, if a new Mac is purchased, there is a migration tool that allows all the data to be moved over to the new machine.

The majority of computer users still use some form of Windows operating system and unfortunately there is not a simple and easy way to do backups like there is on Apple. There is a Backup and Restore feature that can be found is in some versions of Windows but the feature is not simple to setup and use. Windows 8 does have this feature in it still, but it is only accessible via the Desktop Mode control panel. 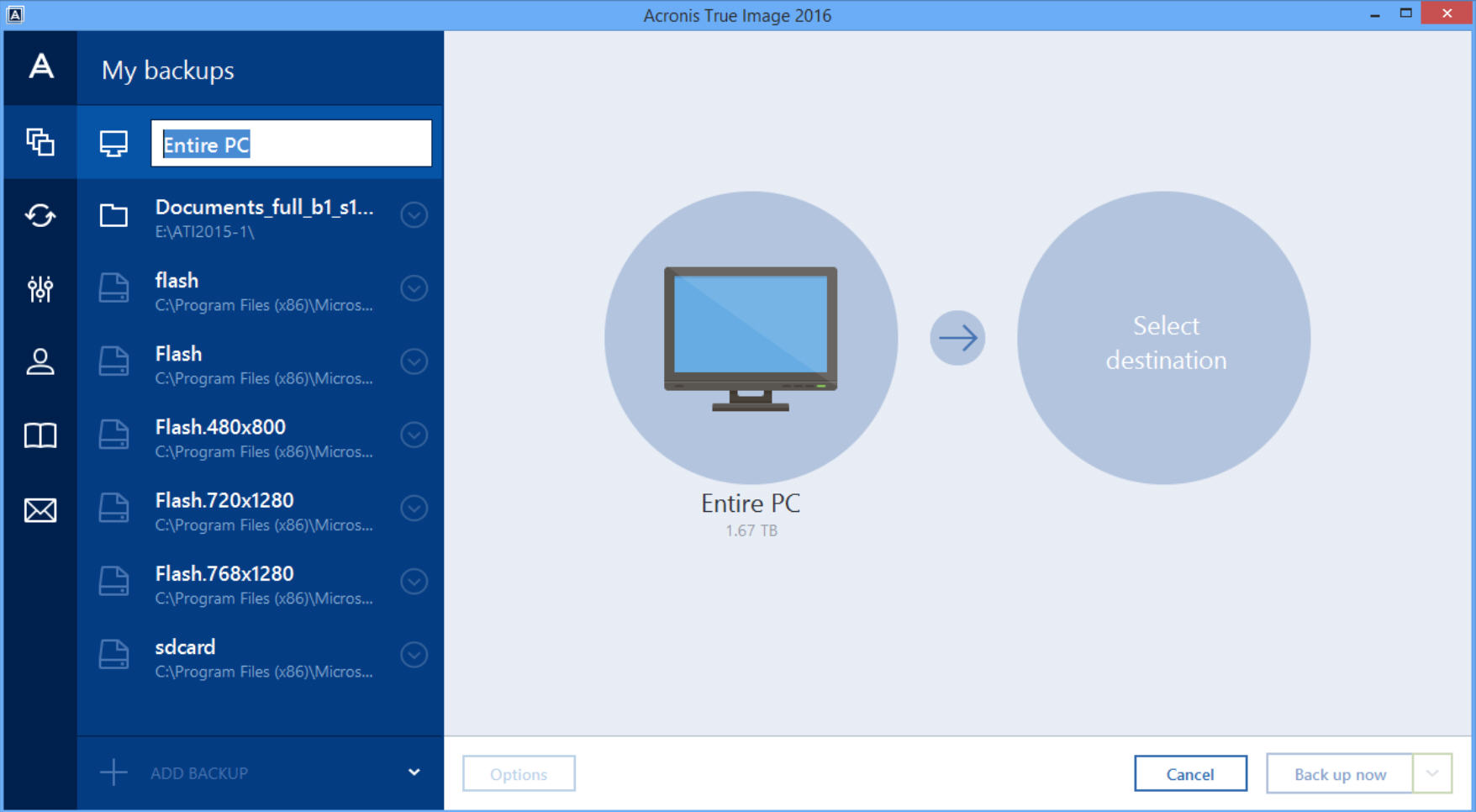 As a result, the best backup and restore methods for Windows generally come from third party programs. The program that I currently use is Acronis True Image. The software essentially provides very similar backup features to Apple’s Time Machine application. It does integrate itself nicely with the Windows control panel’s but it isn’t integrated as fully. For instance, you must create a bootable disk that can be used by the Acronis program for restoring an image or backup to a drive in the event of a failure of the drive where the operating system will not load.

Now if you purchase an external hard drive from a company like Seagate or Western Digital, many of their drives will come with software designed to backup a Windows PC. These programs are useful for backup of the data and less useful for backing up the entire system. For instance, it is very useful for backing up digital photos, music, etc. Thus, if the drive fails, those files can be restore quite easily. Of course, this doesn’t help in getting a new hard drive installed with the complete operating system, applications and data as full backup software would perform. Still, these solutions are better than nothing and are generally easier to use than the ones used by Windows.