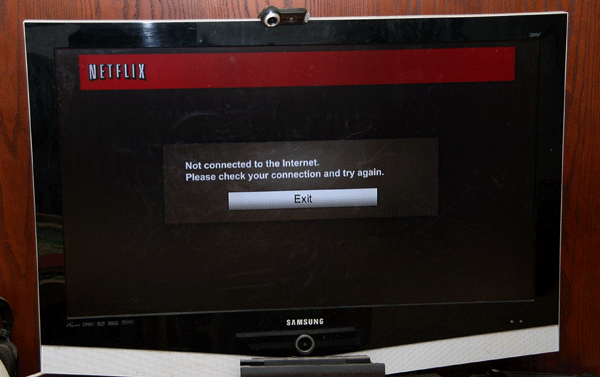 An Error With a Netflix Application

There are many advantages to dropping cable and switching to various streaming services. It is often less expensive than paying for cable or satellite TV which is the primary reason many people opt to cut the cord. The ability to watch the shows at more places than just their home and at pretty much any time is another. But even with the reduced costs and flexibility that streaming video allows, there are a number of issues that people considering switching away from traditional pay television to new internet streaming need to consider…

Not All Programming Is Available On Streaming

A Show That Is Not Available Via Streaming … Mostly

If you are hoping to find all same programs that could be found on cable or satellite TV via streaming, you will be sorely disappointed. In fact, many cable and satellite TV programs are not available at all via streaming services. This is particularly true for really popular programs from premium channels such as Game of Thrones which airs on HBO. Sure, HBO does offer streaming of their programs via their service but in order to use it you must have a verifiable subscription to the station via cable or satellite effectively negating the major reason most people are willing to drop the services in favor of streaming.

Much of this problem stems from the older broadcast and cable media outlets battling against the new media streaming business models. It could be that they either want to get more money from the existing streaming providers in order to carry the programs or like HBO in the Game of Thrones example, want to get more people to subscribe to their existing services. Eventually, more of the traditional content providers will likely come up with free or subscription streaming options because the traditional models are starting to slow or even shrink.

You Will Likely Need To Use Multiple Streaming Services 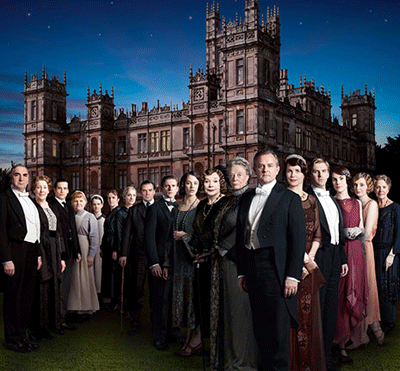 You may want to subscribe to Netflix, Hulu Plus or Amazon Prime but more than likely, you will need to subscribe to all of them. This stems from the exclusivity contracts that the streaming services make with the content creators. A great example of this is Downton Abbey. Originally this was available on both Netflix and Amazon services. As the show gained in popularity, so it would only be on Amazon. Once that happened, Netflix no longer could stream any of the Downton Abbey programs.

In addition to this, Amazon and Netflix tend to only get the programs well after they have aired on traditional TV services. Hulu on the other hand tends to have a number of network programs available during their current seasons. Once again, if you want to see have access to those programs, you must use Hulu in addition to other two big streaming providers.

You Often Have To Wait a While To See A Program

I touched on this when talking about Hulu and the current TV seasons just above. Netflix and Amazon’s services tend to have to wait until a television show has completed its seasons run and then released to home video market before it can even have a title for streaming. This means that you might have to wait an entire year before you can start watching a show which aired on television. Even with Hulu having the existing television shows of the current season, they still tend to delay the programs anywhere from one day to a full week after they have aired on traditional TV services.

Movies are just as bad when it comes to availability. Most of the movie studios have in particular to put longer waiting periods for the availability of even the DVDs and Blu-ray discs from rental ability to 90 days or more after the studios release them for sales. Big blockbuster movies could even not be available for years to any of the streaming services. They are doing this in order to try and boost the physical media sales which are a huge portion of their revenue for the movies. They are doing this specifically because media sales have been declining over the past years and they feel that this is a result of the rentals and streaming rather than the fact that people just don’t want to own as much as they used to.

There are Still Ads

So you are now streaming your content through one of the various services. In order to do this, you are having to pay one of the streaming providers. You start up your program via the service when suddenly an ad like you would see on TV or a promotion video for the next season on the traditional media outlets comes on. Many consumers were probably hoping that they could avoid the ads by moving to streaming but the streaming companies are turning more and more to ads to help boost revenues because consumers really don’t want to pay more than $10/month.

One of the issues with streaming services is the contracts that the providers have with the content creators. They need to be negotiated every so often. When they come up, situations may occur where the content provider has made an exclusivity agreement such as I talked about with Downton Abbey where Netflix had to drop the program due to Amazon’s contract. It can also be a case like what happened between Starz and Netflix.

Netflix made a deal to be allowed to stream the various movies that the Starz network was allowed to broadcast via cable and satellite. This provided a huge number of movies for Netflix including the rights to many of Disney’s movies that other companies did not have. When the contract was up for renewal, Starz demanded a huge increase in the fees from Netflix. Netflix decided that it would let the contract lapse at the end of its term. The result was a huge number of films being dropped from Netflix. On the other hand, Netflix then went and outbid Starz and other cable providers for the , one of the key aspects that Starz provided Netflix in their expired streaming agreement.

One of the problems that the new streaming providers have to deal with is account sharing. It is assumed that people within a household will likely share an account so that the kids might be able to view their programs while the parents watch another. The problem comes from multiple households potentially sharing a single account. After all, Netflix really would like to get more than $7.99/month than having multiple families share a single account.

In order to deal with this, the providers restrict how many concurrent video streams can be done via a single account. Netflix is a good example of this. Their standard streaming account of $7.99/month allows for up to . So, say you are a family of four and the kids want to watch one TV show while the mom wants to watch another and dad would rather see a movie. This isn’t possible with the basic account but it is possible to get additional streams by paying for a higher level of subscription or creating multiple accounts.

Besides the streaming service providers, consumers are also up against internet service providers. Streaming video, especially HD video, takes a large amount of data bandwidth. Even though you may have a high speed network provider, they often put data caps on their services each month to try and regulate the quality of service for all customers. Those consumers that frequently stream high definition media can end up going over their data caps. This can result in reduced service quality levels, dropped streams or even disconnection.

A great example of this is the mobile data contracts that people get with their smartphones. Most of the services offer unlimited data. Appended to these statements is a clause that usually puts a limit on the amount of data that they will transmit at their highest speed levels. This can be anywhere from 500MB to a couple of gigabytes. One these data caps are reached, users will still be able to access network data services but at a reduced data rate. The result is often the inability to stream video as there isn’t sufficient bandwidth to properly use the streaming services. Something to seriously consider if a mobile data contract is you only high speed internet access.

It Isn’t All That Bad

While there are many drawbacks to streaming versus traditional television services, many consumers including myself find that they can deal with the various issues one can encountered. After all, even though you might have to subscribe to multiple services to get as much streaming content as possible, it is still far more affordable than cable and satellite TV.

In my next article, I will take a look at some of the devices that consumers can use to get these streaming services to their home TV and portable devices.