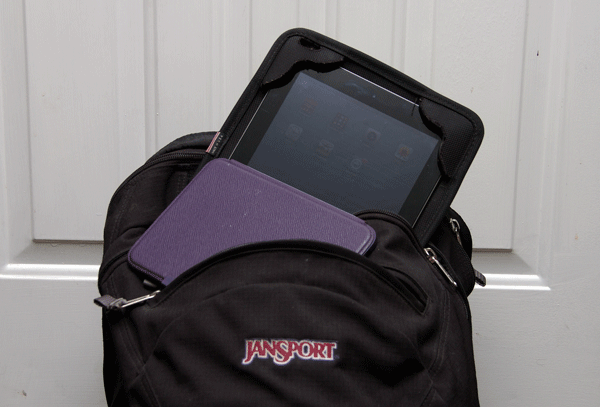 For the most part, a full laptop or desktop computer is the best option for those going back to school. Over the past year though, a lot of improvements have been made to tablets. This is especially true of tablets running Windows that make them function much more like a traditional laptop only without the keyboard. Even if a student has a laptop, a tablet can be an excellent secondary device that can be used for taking notes, as a second screen when doing research or communicating with other students. They are also excellent entertainment devices for when you need to get your mind off of class during those breaks or back in the dorm. Here are some of the tablets that I think make good choices for students heading back to school for the 2015 school year.

Previously I would have stated that you should get the Microsoft Surface Pro 3 if you intended to use a tablet as your sole computing device for school. It was essentially an ultrabook that had the keyboard keyboard removed and made into a tablet. It could run all the same software as a laptop thanks to the full version of Windows but frankly the cost of the tablet plus accessories was as much as a laptop making it pretty much like buying one. Well, the Microsoft Surface 3 is the solution to the cost problem by using some less expensive components and reducing the size of the tablet but still having the full version of Windows. Pricing is just $599 for the 128GB version which I recommend plus expect to pay an additional $130 for the Type Cover and $50 if you also want the digital pen.

Read my full review of the at About.com 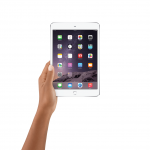 While there is the newer iPad Mini 3 features the TouchID sensor and gold tone color options, the internals are frankly no different meaning that the iPad Mini 2 essentially offering the same performance with a higher cost. This makes the iPad Mini 2 a better value for those that want a tablet that runs the Apple iOS software. Sure, the iPad Air 2 offers a larger display, more features and better performance but it also costs significantly more than the $349 for the 32GB version of the iPad Mini 2. While the iPad may not give your the same experience as a full Apple laptop, it does feature the suite of Apple office applications and a wide range of applications that can do just about anything.

Read my full review of the at About.com

Previously I recommended the Kindle Fire HDX models as the choice for those that wanted a tablet more for entertainment than anything else. The thing is that the tablet has not really changed much in the last year and Amazon in the mean time released the Fire HD 7. It is the same size as the HDX but costs only half the price. It may not have as high of a resolution display but it is capable of just about the same things as the larger HDX. This tablet is best when used with an Amazon Prime account. This provides a huge amount of free content including movies, TV shows and music that the student can listen to for entertainment through the tablet. Amazon also has a robust store for reduced cost college text books if the student is lucky enough to need one of the editions they have available through it.

Read my full review of the slightly smaller at About.com

Frankly there are a lot of Android tablets on the market ranging from small and ultra affordable to very premium models. For those that want an Android tablet, just about any one will do the job but the Samsung Galaxy Tab S offers an amazing display in an incredibly thin design. It may be more expensive, but if you are planning to use it as a primary device at school, it is better to go with something that will better match your needs than going cheap. The tablet is offered in a 10.1 and an 8.4-inch version and I prefer the smaller 8.4-inch because it is more compatible and easier to hold in a single hand. The downside is the smaller size does mean shorter battery life but it should last a full day on campus either way. The best part is that it is easy to add extra space to this through a small microSD card which many other tablets lack.