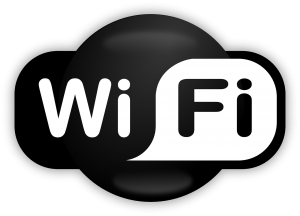 Do you have problems with the bandwidth on your Wi-Fi network? Is the new 802.11ac or 5G Wi-Fi standard just not fast enough? It the answer is yes to both of these questions, then Samsung is happy to announce that they have with speeds up to five times that of 802.11ac that they expect to roll out in 2015. Don’t get your hopes up though as this is new technology and it takes a while for these to trickle down to consumers but even still, there is a lot of information that is being left out of the announcement. 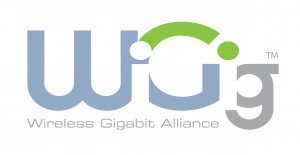 Samsung’s announcement is really the continuation of the development of the 802.11ad specification which is the WiGig Alliances proposed standard for super high speed wireless data. The main difference between previous standards and the 802.11ad standards is a new wireless spectrum. Previous Wi-Fi have used the 2.4GHz or 5GHz bands in order to provide service. This has advantages of requiring relatively low power and good penetration of the wireless signals. The problem is that the success of this and other technologies that share the same unlicensed spectrum has resulted in congestion that can impact signals.

Moving to the 60GHz radio spectrum provides several benefits. The most notable is that it provides a tighter wave pattern that allows for more data to be transmitted over the signal. This is one of the keys to providing a higher band bandwidth. This is the primary reason that it can jump from roughly 1Gbps from 802.11ac to the roughly 5Gbps of the new 802.11ad. But there is a major problem with the new spectrum.

If you have used both 2.4GHz Wi-Fi and 5GHz Wi-Fi spectrum, you may be familiar with the problems of attenuation. This basically is how well the wireless signal is able to penetrate solid surfaces. The shorter wavelength of the 2.4GHz signal has the ability to pass through walls better than the 5GHz spectrum. This made 2.4GHz extremely effective for use in dense buildings compared to 5GHz which is better for open offices. Well, the 60GHz spectrum has an even worse attenuation then 5GHz. So much so that it is really only useful in open spaces and not closed offices.

Of course the industry groups are also touting this as a benefit. With the attenuation of the 60GHz signal limiting the range, there is less potential for interference from other 60Ghz wireless setups. There is also less chance for the signal to stray outside of an office for the potential of the network being accessed by third parties. In other words, improved security.

If you want a good technical primer about this, there is a from Agilent.

What Is Samsung Doing Differently?

The main reason that the Samsung announcement is significant is that they have developed a new form of transmitter technology to try and combat some of the attenuation problems found in the 60GHz spectrum. This is done through a process called beam-forming. Beam-forming is similar to using a focusing mirror to intensive a beam of light like a flashlight does. In this case it intensifies the signal of a radio wave to target it between two devices.

Samsung has developed a new micro beam-forming control technology. This allows them to pack in better control and focusing of the signals to multiple devices within the area of coverage that reduces the amount of crosstalk. In essence, it can leverage multiple channels for each device and limit the amount of data interference between the devices and the base station on the network improving the rate of data flow across the network.

Why It Does and Does Not Matter To Consumers

The benefits of a 60Ghz WiFi spectrum and increased bandwidth or substantial, especially for consumer electronics. It brings about the ability to have 4K video signals be carried between devices without the need for wires. Samsung being a major producer of high definition TVs is probably a major reason why they are looking at getting this technology out to the market. In fact, the first consumer devices that might see the technology is probably going to be high end 4K TV and streaming devices.

The big downside is that it still essentially requires that there be line of sight between the two devices. This makes it far less useful say in a home where you might want to stream data from a computer in one room to a TV in another that has multiple walls or floors between them. The beam-forming technology may help somewhat with the issue but it is going to be far less useful for consumers with homes that have walls than corporations that have large open floor space offices.

The other reason that consumers are probably going to have to wait is that 802.11ac wireless devices are only now starting to become much more common as they are integrated into more smartphones, tablets and laptops.