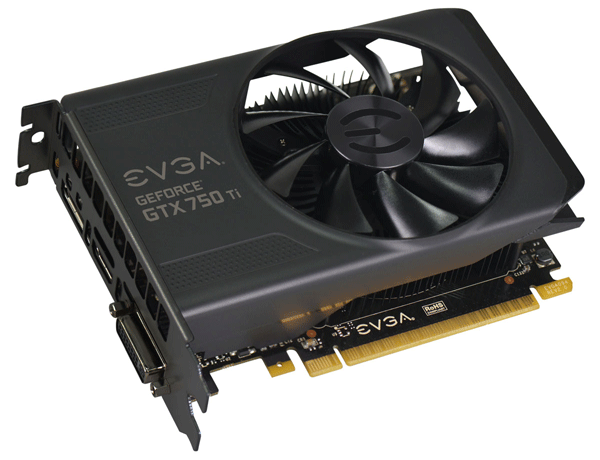 NVIDIA’s latest GeForce GTX 750 Ti and GTX 750 are the first to use their new Maxell graphics processor rather than the Kepler. This is a big departure for NVIDIA as this new graphics core is being used for a budget friendly graphics card rather than high end performance. Those looking at building a high performance gaming desktop PC systems are actually a very small segment of the desktop computer market. Instead, it is the value oriented parts that make up the majority of sales. Most people will spend $200 or less for a graphics card, a segment that has typically been dominated by AMD’s parts. The GeForce GTX 750 Ti is squarely targeting this market and looks likely to capture the attention of many. 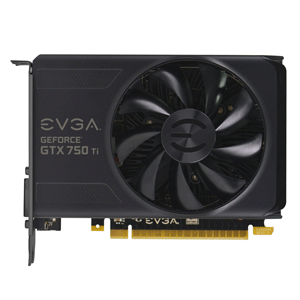 The GeForce GTX 750 Ti may be a budget minded card but it does offer a good amount of performance. In fact, it should be able to handle most games up to the 1920×1080 resolution of your standard monitor and HDTV without too much issue. Some very demanding games may require detail levels turned down or no filtering enabled in order to achieve smooth frame rates of at least 30 fps but it is at least equivalent to the latest generation PS4 or XBox One. In comparison to other graphics cards, it is about 5% slower than the GeForce GTX 660 Ti Boost or R7 260X graphics cards. It appears to be roughly 15% slower than the upcoming AMD Radeon R7 265 cards.

The list price of the GeForce GTX 750 Ti is a bit high at $150 but it is still far more affordable than the enthusiast cards that run two to three times this cost. This should be roughly the same price as the upcoming AMD Radeon R7 265 graphics card if the shipping cards keep that target price. It is still more expensive than existing current supplies of the R7 260X or GTX 660 Ti Boost but it does have an advantage over these cards…

The major benefit of the GeForce GTX 750 Ti is the fact that the card can run on power from just the PCI-Express and does not require any PCI-Express Graphics power connectors from the power supply. This has been a requirement for the majority of PC graphics cards for many years since the easiest way to improve the performance has been to supply more power to a higher transistor count on the card. Sure, there were cards available that did not have the power connector requirements but they generally lacked the performance to be used for PC gaming unless the game was set to very low detail levels and lower resolutions.

A side benefit to the relatively low level of power consumption is that the GeForce GTX 750 Ti graphics cards also don’t produce much heat. In fact, the cards tend to run below 60 degrees Celsius under heavy loads which is much cooler than the enthusiast cards that often hit 80 degrees under the same conditions. In fact, the low heat levels also mean that the cards don’t require the same amount of bulk when it comes to their cooling solutions. Sadly, the cards still take up two slots to fit the fan but that fan even under load keeps sound levels around or under 40 decibels which is very low compared to the blowers on the enthusiast cards.

Since the designs of the GeForce GTX 750 TI is limited to the 75 watts maximum that the PCI-Express bus can supply to the card, all of the GTX 750 cards are limited to this as their maximum power. Now the cards come stock to run at 60 watts to ensure stability but most cards can be overclocked through simple changes in the software drivers. The current batch of GTX 750 Ti cards have no problems running at this maximum power limit so there is no need to pay for an overclocked cards when all of the cards can be tweaked to the same level with little effort. The only restriction will likely be from the power supply and motherboard power capabilities. Those willing to experiment with the overclocking may see performance increases of up to ten percent.

Who Should Consider Getting a GTX 750 Ti?

While the performance may be a bit lower than AMD’s proposed card at the same price, the GeForce GTX 750 Ti is a very important card specifically for two classes of PC users.

Many budget class desktop systems that people purchase use low wattage power supplies of 250 to 300 Watts that lack any sort of PCI-Express power connectors. This graphics card finally brings a good level of performance to let these systems actually be used for PC gaming without the need of upgrading the power supply or other components. It is important that users still check their processors against the recommended specs for games because their systems may end up being CPU limited that may end up limiting the gains for adding in a GTX 750 Ti graphics card.

The other class of system that can benefit immensely from the new GeForce GTX 750 Ti are those designed to be used in media centers. The relatively small size, low power requirements and most importantly the relatively low noise levels produced by the card make it ideal for this purpose. Users will need to be less concerned about the noise from the fans cooling the graphics card interfering with the audio of the game, movie or media streams they may listen to through their system.