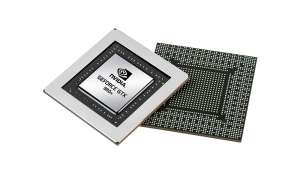 Laptop graphics are always more restricted by their power and heat than a desktop graphics card. As a result, their performance tends to trail behind by quite a fair margin. NVIDIA’s Maxwell designs in both the GeForce GTX 750Ti and the GeForce GTX 970/980 did wonders for improving the graphics performance and the efficiency for desktop cards. Now NVIDIA has finally unleashed the Maxwell designs in their mobile GeForce GTX 980M and 970M graphics processors. So what does this mean for the next wave of gaming laptops?

In many ways, the new 900 series graphics processors are very similar to the 800 series models when you look at the specifications. Here is a break down of the basic features:

So the major difference comes in the number of Texture Units and ROPs. The new Maxwell processors have far fewer Texture Units. The 980M has 96 which is the same as the 860M. Instead, there are more ROPs in the new Maxwell design with the 980M having double the number of the previous 880M. We also get higher clock speeds for the new parts than the previous generation. Just based on the clock speeds, the new parts should see an increase in performance but how much affect does the difference in the Texture Units and ROPs have?

How Is the Performance?

The mobile parts are still going to trail the desktop due to fewer shader and texture units not to mention a smaller 192-bit memory bus at least for the GTX 970M but it looks like the performance boost from the previous generation of mobile graphics is pretty substantial. Lets break it down with a graph showing the relative performance of games at 1920×1080 between several different parts:

Without looking at these relative numbers, both the GTX 970M and the faster GTX 980M provide a smooth overall experience at the 1920×1080 resolution with ultra or high level details and frame rates ranging from 30 to 60 fps depending upon the game. This makes them more than capable of playing the latest and greatest at the typical display resolution. More and more laptops are now moving to hiDPI screens such as 4K or 2560×1440 resolutions. The past 800 series parts still had trouble playing many games at those resolutions. 2560×1440 is now possible at decent frame rates with the new Maxwell processors but they still don’t have the 4K performance like the desktop parts.

In terms of the performance, the new GTX 970M is at least as good as the previous high end GTX 880M graphics processor. The GTX 980M on the other hand shatters what the previous generation could do. It still is not quite as fast as a desktop class GTX 970 but being a third faster than the previous generation is a significant performance increase. When you consider that most gaming laptops right now use the GTX 870M graphics processor, the GTX 970M which will likely replace it offers 25% improvement in performance.

One thing that we don’t really know about is how well the Battery Boost feature and the power consumption of these parts is when running off a laptop battery. NVIDIA does not list the TDP for the parts making it difficult to give an estimate of what difference in battery life may be. In addition to this, other components outside of the graphics may change and until similar laptop specs can be put side by side, we won’t have a good idea of any efficiency gains.

Based solely upon the performance gains, it is clear that the new Maxwell designs offer a significant boost in performance. Efficiency when running on battery is still up in the air but then again most gaming laptops use so much power that any extended gaming off a battery provides very limited running times such that few people consider this an option.

The benefits of the new graphics are really going to depend upon the screen that the laptop comes equipped with. For instance, the GTX 870M already provided sufficient performance for gaming at 1920×1080. The newer GTX 970M increases that but beyond the ability to boost up the detail levels, most people won’t notice a huge difference at this resolution. Where the new parts are going to offer the greatest benefit are those that want laptops with higher resolution screens. Sadly, the performance still can’t reach 4K panels as this is something only the latest generation of desktop cards can do. If you are considering a laptop with an in-between resolution of 2560×1440 though, the new Maxwell parts are definitely an improvement over the past generation.