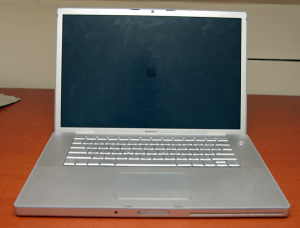 While more and more laptops and tablets are becoming difficult to repair due to their construction, there are many instances where they can be repaired with a little knowledge and help. Take for instance the case of an Apple MacBook Pro 15-inch that I have from just before the unibody design. The hard drive on the laptop was starting to have some performance issues. I determined that this would be a nice chance to repair the drive by replacing it with a solid state drive. Apple uses a number of non-standard screws to make the task much more difficult.

Thankfully there are a number of resource sites out there that can help through the processor of disassembling electronics so that they can be repaired. In my case, I used which had a very detailed step by step instructions for the opening of the system, removal and replacement of the drive. Using , I was able to replace the drive in roughly twenty minutes once I had the proper tools. 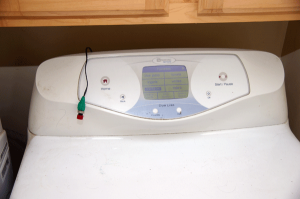 I had some of the worst luck in the past seven years with washers and dryers. Twice I had the control computer for a washing machine break to only have the water pump crack. That one I replaced due to the number and frequency of repairs. My dryer one evening decided that it was going to start beeping repeatedly throughout the night. In addition to this, some of the buttons on the control panel would not work. 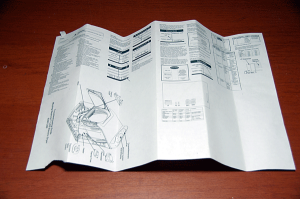 The first thing I did was open the back of the dryer control panel and pulled out the troubleshooting guide. This was a single folded up piece of paper that included both the wiring diagram, common problems and causes and diagnostics. From this, I was able to determine which part was faulty and then went to look up the replacement part. It ended up that the front control panel facade with several buttons needed to be replaced and the part cost was roughly $200 for a piece of molded plastic and six buttons with a wiring connector to the main computer.

This cost was more than I really wanted to pay and since I had some electronics knowledge, I looked over the wiring diagram to see if I could bypass the control panel buttons and create my own switches. After figuring out what I need, I drove out to an electronics store to pick up a few switches and alligator clips plus scrounged up some wire. After about ten minutes of work, I had made an improvised control panel switch that lets my dryer work once again.

One of the most dreaded things to happen for a car owner to see is the “Check Engine” or MIL (Malfunction Indicator Light) come on your dash. This little light is there to inform you that something is wrong that is impacting the performance of the car. Often the car continues to run just fine but if you need to get a smog or emissions certificate, you will instantly fail the test until the problem is taken care of.

The problem is that that one little light could be any one of hundreds of different errors in a very complex system. (Jalopnik wrote an excellent article on Why the ‘Check Engine’ Light Must Be Banned if you want even more detail.) The only way to determine the cause is to have the computer read which means either taking it to a mechanic to pay to have them diagnose the problem or buy a diagnostic unit which either way can costs hundreds.

Thankfully it is possible to take your car to many car parts stores where you can borrow such a unit. When my car recently got the light, I drove over to the a local O’Reilly Auto Parts store and borrowed one. A quick hook up to the OBD2 port located under the driver side dash returned a code of P2181 for my VW Jetta. They even gave me a print out of what the common causes are for this cooling system code. 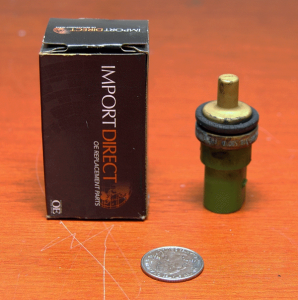 I took that code information home and used the web to search out common causes and corrections. Turns out this is a fairly common issue with an engine coolant temperature sensor that many VW cars get. A little more researched showed that the repair was actually quite easy thanks to relatively easy access to the part. I found a . After buying a $15 replacement sensor and some coolant, I spent about thirty minutes to replace the part.

In total, I spent around $50 and maybe an hour worth of time getting the parts and looking up the info which would have ended up costing me roughly one to two hours of labor from a repair shop plus part costs. So, if you get the dreaded check engine light on your car, you might want to spend a little time checking things out before running off to the repair shop.