Yesterday, the Supreme Court heard arguments in the . This is a case that has fairly wide implications regarding the potential innovation of media watching and distribution but one that most people are probably not familiar with. Over the years, consumers have moved away from using an antennae to watch local broadcasts to cable systems or satellite. With the advent of streaming services, more and more consumers have been moving away from cable and satellite and thus the broadcast networks are getting less viewers for their TV shows. Aereo is a company that is pioneering a new way for consumers to view local programming without having to deal with installing antennae on their home or paying for expensive cable or satellite services. The networks feel that this service infringes on their copyrights and thus want to shut the service down. The court will eventually decide which of the two is correct under the current law, but the case can have serious implications for all consumers, whether they get their media through cable, satellite or streaming.

Essentially, Aereo offers streaming services and cloud DVR of local broadcasts within those markets that they have data centers in. This only includes over the air signals in the region for broadcast networks such as NBC, CBS, Fox, CW and PBS. It may also include independent stations within the local region if they are broadcasting over the air. Why does this matter? Because technically the service you are paying for is access to an antennae in their array of thousands to record that signals and send it over the internet to your computer, tablet, mobile phone or even a TV hooked up to a streaming device.

In addition to providing access to live broadcasts, they also allow DVR capabilities of users selecting programs to be recorded from an antennae for viewing at a later time. This could be considered similar to the cloud DVR capabilities that several different cable providers offer to their customers.

Why Broadcasters Want to Stop Aereo

Since 1976 when congress passed the , copyright law was amended to define what was deemed to be retransmission. This effectively meant that cable companies had to pay retransmission fees to the broadcast companies in order to carry the local channels across its network to its customers. These fees now make up a substantial revenue for the major networks.

In essence, the networks want revenues fees from Aereo and Aereo does not think they need to pay. At one level, this makes sense. Why do cable companies have to pay the networks and affiliates retransmission fees for something the consumers could conceivable receive for free from over the air broadcasts? A ruling in favor of Aereo could potentially mean that cable companies could put in place a similar system to not have to pay those same retransmission fees.

Why Aereo Thinks Broadcasters Are Wrong 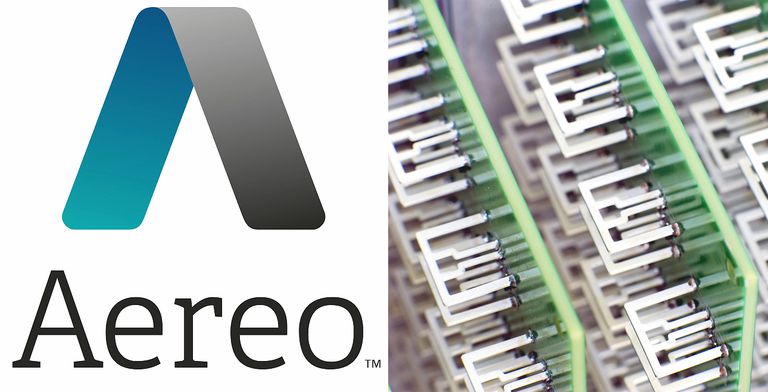 Aereo has set up their business with thousands of individual antennae that are in essence assigned to their subscribers when they wish to view or record a program. Because of this, they claim they are in essence renting that consumer an antennae as if they had put it up in their own home and also were renting a DVR system to record their programs. They claim that this does not violate the law in terms of the Cable Act or the case that essentially stated that VCRs do not violate copyright.

Why This Case Is So Important

Essentially, the Aereo vs. Networks case comes down to entrenched copyright standards versus innovation. More and more people are essentially moving to new means to watch their programming. Upwards of 20% of subscribers to streaming services have already removed themselves from paying for satellite or cable services. As these people leave these services, the networks are looking at potential loss of revenue, not to mention the cable and satellite carriers. This has lead to disputes between broadcasters and carriers that include blackouts of service as networks demand more in carriage fees and cable providers dispute the increased costs.

The networks want to keep those revenue streams regardless of how their shows are viewed. Aereo thinks this is double dipping by the networks and is correct in one stance. The network shows are paid for by the local affiliates. The affiliates pay those fees by placing ads on their broadcasts. Aereo customers view those local affiliate fees with all ads in their feed. So in essence, the Aereo customer is viewing it just as they would via an personal antennae. In fact, Aereo may be increasing the number of viewers of the local affiliate programming, something that consumers don’t technically do through a service like Hulu Plus.

One of the issues at stake in the case is cloud services. Since Aereo offers the ability of its users to record select programs and then watch them at a later point and time, the case could also impact other cloud delivery services. A ruling against Aereo could potentially implicate that any viewing of a media recording that is stored in the cloud would fall under retransmission fees.

One one hand, you have the cable companies that offer Cloud DVR services that subscribers can view previous programs at their leisure. The networks claim this is not at risk because the cable companies already pay the retransmission fees. But what about other services such as iTunes or Amazon? They allow customers who have bought the movies, music and TV shows through the services to stream those items from the cloud to their TVs, computers and mobile devices. Would a ruling against Aereo mean that this would also require retransmission fees be paid?

The reason this is a problem is because of the whole idea of public versus private viewing. The ruling that allowed VCR technology essentially ruled it was legal because that recording would only be used in a private home and not for public performances. Conceivably, cloud services could also be deemed to be private as only the subscriber would potentially be viewing that media from the cloud. But if the court rules against Aereo which theoretically is also only for private usage, that could mean that the cloud viewing services of Apple and Amazon would also be in violation.

Then there is the threats that are being made by networks and organizations if Aereo were to win. Several have stated that they will pull all their content from broadcast in favor of private networks. This would be interesting because the networks like ABC, CBS, CW, Fox and NBC can’t really just up and leave broadcast television. After all, they have contracts with the affiliates and offering live streaming video from their own network to consumers would undermine the local affiliates. On the other hand, professional sport leagues like the baseball, basketball and football could conceivably end their contracts with any over the air network and instead force consumers to purchase subscriptions to their private networks.

Now that the arguments for the case are over, we will have to wait until the Justices eventually release their ruling and find out what the actual fallout will be. Regardless of the result, expect there to be heavy lobbying on both sides for laws to be changed through Congress to try and get what they wanted out of the court.

Buy My Book – Speed Up A Windows 7 PC

Buy My Book – Build Your Own PC