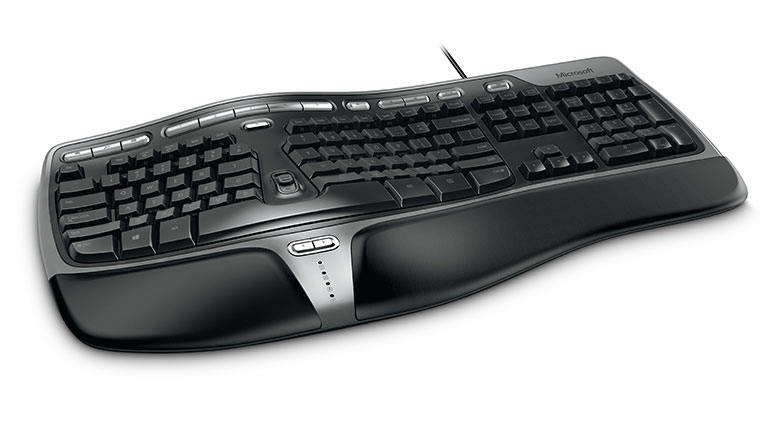 Keyboards have been standardized for many years and they typically come in a straight four to five row QWERTY layout. This is fine for short periods of writing but it is not the most natural way for the human body to be positioned for hours on end. In particular, the wrist must be bent in order to have your fingers resting on the home rows properly. This can put pressure on the nerves within the wrist and hand and lead to carpal tunnel in some people.

Ergonomic keyboards are those that are designed to help alleviate the pressure on yours hands and wrists to provide a more natural position for typing. There are many different designs for ergonomic keyboards but the earliest and most affordable designs are called split keyboards. These essentially take the standard keyboard layout and split it into two halves and then angle them so that the hands are wrist are aligned. It is a simple and economical solution for anyone that wants to try an ergonomic keyboards as there is learning curve on how to type unlike some other designs. Microsoft is one of the biggest makers of split keyboard designs. Today, I’m going to take a closer look at two of their ergonomic keyboards. 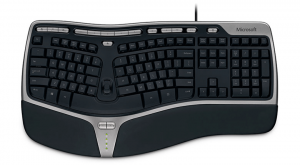 My primary keyboard of choice for years has been the Micorsoft Natural keyboards. Their split layout allows the hands and wrists to rest in a more natural position. While many ergonomic keyboards tend to carry fairly high price tags, the Microsoft Natural options have generally been quite affordable. The least expensive of the Natural keyboards is the Natural Ergonomic Keyboard 4000 with a list price of $50 but can easily be found for around $30 to $35.

Probably the biggest reason that I like this keyboard has to do with the wrist rest. While most of the other models either lack a wrist rest area or just feature hard plastic, the 4000 model features a large wrist rest area with padding to make it much more comfortable to rest my hands and wrists on the keyboard. 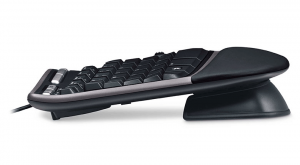 Another feature that it has is the ability to incline the keyboard downward. This can help prevent the wrist from bending back in the more common keyboard design.This is done by fitting a plastic lift on the front portion under the wrist rest area. Personally, I dislike this orientation but it can be useful for some that need to reduce the angle of bend on the wrist. If you would rather angle the keyboard in the traditional manner there are also flip down stands on the back.

One of the biggest problems with the Natural Ergonomic Keyboard 4000 is the size. This is a huge keyboard compared to most so if you have limited desk space you are going to either have to make room or look at a smaller keyboard. Of course, the larger size also has the advantage of allowing there to be a number of extra keys and controls as well.

In terms of the buttons, the most useful of them seem to be the media controls found just above the function key row. The favorites and other buttons will be useful if you elect to install the keyboard software from Microsoft otherwise they will not function. The most annoying button is going to be the FLock key just above the backspace. This key changes the function key row from the standard F1-F12 to the special keys for Microsoft Office and other programs that tie into the functions. This can be really annoying as it is easy to hit the FLock key by accident switching it to the incorrect mode.

Overall, the keyboard offers great comfort and accuracy for typing. It is a USB cable based keyboard allowing it to be used with just about any computer and does not have the slight input lag that wireless models have. I even use mine for gaming and it works just fine. 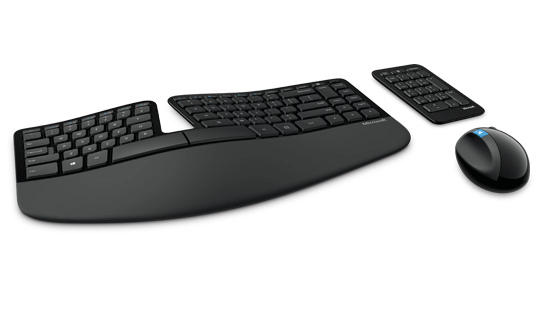 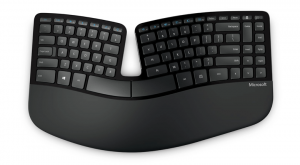 The Sculpt Ergonomic Keyboard is much different than the Natural Ergonomic in many ways. First, it uses an isolated keyboard layout akin to that found in a laptop rather than your traditional desktop keyboard. This offers a couple of advantages including the ease of cleaning the keyboard and a thinner profile than a standard laptop. The keyboard layout is also a bit different as it is not only a split design but also features a curve to those keys as well. 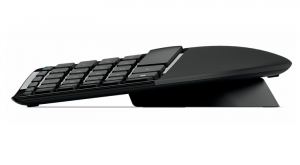 One feature that I do like about the Sculpt is the wrist rest is fully padded across the entire surface unlike the two pads of the Natural Ergonomic. This does help for those that will be typing for long stretches. Another similarity is the inclusion of the plastic lift that can be attached to the front to create the inverted incline to help alleviate wrist pressure. Sadly there is no fold out stands on the back if you prefer the more traditional incline.

Now there is the issue of the separate numeric keypad. The decision to make this its own device makes a bit of sense as not all people use the numeric keypad and they can simply ignore it and save on the desk space. The problem is that they fit some of those keys such as delete, insert, home, print screen, screen lock and all into an awkward layout on the right hand side of the primary keyboard. These keys can be difficult to use because they are not in a standard layout and it also means that you might miss the intended backspace, enter or shift key for one of the special keys. 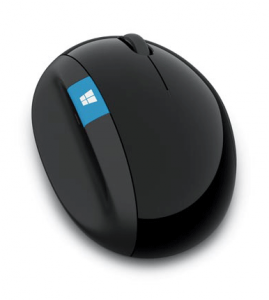 Finally, we come to the mouse which frankly is what really makes this a poor overall package. The Sculpt Ergonomic Mouse looks almost like an oval that has an indent on the left hand side. This is supposedly a thumb rest for your hand to make gripping the mouse easier. The problem is that it is still a mouse and not even a very comfortable one to use. Overall, I would recommend many other mice over this but if you are looking for something ergonomic, I would highly recommend getting a trackball instead of a mouse.

Pricing is also going to be an issue for many people when it comes to the Microsoft Sculpt Ergonomic Desktop. The set has a list price of $130 which is completely insane for what your get in the package. Now the street pricing of the set is much more affordable at anywhere from $80 to $100. While that is a much better price, I think Microsoft would be better off selling the keyboard on its own, with or without the numeric keypad. If that were the case, I would likely recommend it if the price for such an option were around $60-$70, but as it stands, the Natural Ergonomic Keyboard 4000 plus a nice trackball is a better choice.