Microsoft has been announcing and releasing lots of information regarding Windows 10 in hopes of drumming up expectations for consumers and businesses that will translate into sales. A number of have been stirring up the tech forums lately because of some big implications. The thing is, many of these recent choices by Microsoft really aren’t that new as Apple has been doing them for several years now. What exactly are they doing that is mimicking Apple’s software strategy?

Windows 10 to be Last Version 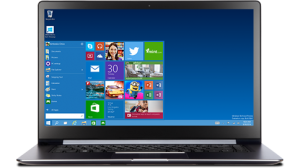 Roughly every three years, Microsoft releases a new version of Windows. This has been the case since roughly Windows 95. With each upgrade, the company makes a push to talk about how great the new features are to get companies and consumers wanting to upgrade the software. Sometimes the changes were quite dramatic such as when Windows 8 came out. Other times, the changes were more subtle such as with Windows 98.

With the release of Windows 10, the company is looking to drop regular overhaul of the software and instead focus on a system similar to what Apple has done with Mac OS X. Apple originally released the OS X to consumers back in 2001. Since then, the operating system name has remained the same. Much of the basic structure is still very similar but roughly each year, Apple updates the operating system. This is what Microsoft is hoping to do with Windows 10. Rather than a brand new operating system which might be called Windows 11, it will just release an update to the existing operating system.

Now the statement that there will be no more versions is a bit of a lie. There will indeed be different versions but they will be somewhat seamless to the consumers. After all, Mac OS X 10.0 is dramatically different from Mac OS X 10.10. In fact, most software currently written for Mac OS X still has version requirements. Also, Apple generally gives their updates names such as Snow Leopard, Lion, Mavericks and Yosemite. Microsoft will likely do the same but keep the primary operating system name as Windows 10 but with revisions or point release names instead.

With Microsoft looking to drop the three year for a major operating system release and instead go to more frequent updates similar to what Apple did, they had to follow a similar structure with regards to pricing. This is a huge benefit to consumers that are less likely to update their operating system as many people out there are still using Windows XP that was originally released back in 2001. Free updates will allow consumers to keep their operating as current as possible and make it easier for a uniform platform that developers can write for.

Of course, there has also been talk that Microsoft may be looking to move to a subscription based model for its operating systems similar to what it has done with its Office365 Suite. This would be a hard sell though. One has very specific goals but the other is the basis for using all other software and applications. In essence, you don’t want to charge to much for the OS because you then grow the potential for customers to pay for other items. Apple’s strategy is to get people to buy their hardware. Microsoft’s goal is going to get people to try and purchase other software.